How: Motocross, Of Course

If you grew up riding/racing motocross in Southern California, there’s a good chance that at some point you parked under the shade of an oak tree at Barona Oaks MX. Located off the curvy, two-lane Wildcat Canyon Road, the drive from San Diego takes you through the Barona Indian Reservation and ultimately dumps you in the country town of Ramona. If you’re not paying attention, you can miss the track. Marc Gagne and his son Jake knew the drive well.

Brother Sean (left) and Jake (right) suited up and ready for battle at Barona Oaks MX in Southern California.

Gagne cut his racing teeth at Barona Oaks as he pursued a career racing motocross. And he was good at it, qualifying for, racing in, and winning titles at places like Loretta Lynn’s, the World Minis in Las Vegas and Ponca City. Along the way, he won two California State Championships.

Fortunately for road-racing fans, Marc Gagne stumbled upon this series for youngsters called the Red Bull AMA U.S. Rookies Cup. Why not give that a shot? The first tryout laps for the Rookies Cup were Gagne’s first as a road racer. He says he started out as one of the slowest, but by season’s end, he was at the front. Turns out, young Jake was quite good at this road racing thing, as well.

Gagne finished fourth in his first go at the Red Bull AMA U.S. Rookies Cup, and it earned him a shot at the MotoGP version in 2009. In 2010, 16-year-old Gagne won the 10-round Red Bull MotoGP Rookies Cup Championship with four victories at places like Assen in Holland, Sachsenring in Germany, and Brno in the Czech Republic.

Eleven years later and Gagne became the 2021 MotoAmerica Medallia Superbike Champion. This past year, Gagne defended that crown, ending the season with his 29th career AMA Superbike victory with all 29 of those wins coming in 2021 and 2022.

The post Where And How It All Started: Jake Gagne appeared first on MotoAmerica. 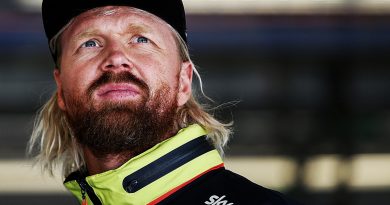 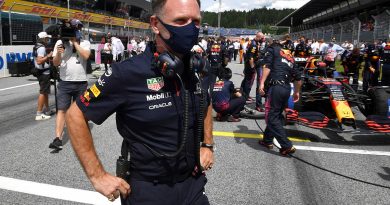 Horner, Wolff at odds over F1 engines plans from 2025