For $63,000 you too can celebrate Ducati’s 2022 MotoGP and World Superbike Championships with fellow Ducatisti as the Italian marque has announced a pair of special models of the Panigale V4s inspired by the Desmosedici GP and Panigale V4 R ridden to World Championships by Francesco Bagnaia and Alvaro Bautista.

The bikes were unveiled during a press conference in advance of “Campioni in Piazza2,” the event where Ducati celebrates its historic double championship season with its fans

The Bagnaia #63 livery of the MotoGP Desmosedici.

The two special series, built on the Panigale V4 S platform, will feature the liveries of Bagnaia’s #63 MotoGP bike and the #19 World Superbike of Bautista with the fuel tank signed by either Bagnaia or Bautista. Each of the two models will be limited to 260 units – in honor of 1926, the year the Bolognese company was founded.

The Panigale V4 2022 World Champion Replica bikes are offered in a single-seat configuration only and include a billet aluminum upper triple clamps engraved with the model name and progressive number.

Additionally, the two specials come equipped with rear exhaust manifold heat shield, alternator cover, front and rear fenders, and front brake ducts, all made of carbon fiber. Also made of carbon fiber, combined with titanium, is the cover protecting the single-sided swingarm. Finally, the model dedicated to Bautista’s World Superbike title features the brushed aluminum tank found on the more refined versions of the Panigale V4.

Each bike will be delivered in a packing case with dedicated graphics and a certificate of authenticity, a custom bike cover and the Ducati Data Analyser+ data acquisition system. For those wanting to do track days on the bikes, additional accessories include a carbon fiber open clutch cover, license plate and mirror removal kits, and the billet aluminum racing fuel cap.

The post Want To Celebrate Ducati’s Two World Championships In Style? Now You Can appeared first on MotoAmerica. 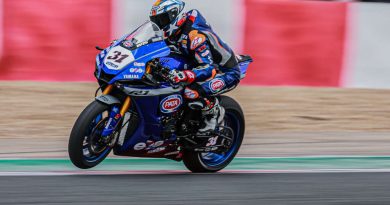 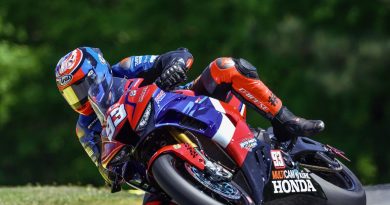 The Zen Of Zendejas: A Soldier’s Story, Part Two

Wyman vs. Wyman On “The Big Game”