The following is from Vance & Hines…

The team at Vance & Hines goes full throttle into Daytona Bike Week in 2022, with a fleet of trucks rolling in to support the company’s racing and customer activities, and a few tuxedos loaded on board as well, for the ultimate honor from the Motorsports Hall of Fame.

One of the highlights of Bike Week 2022 will be the induction of Terry Vance and Byron Hines, founders of Vance & Hines, into the Daytona-based Motorsports Hall of Fame. In the words of the Hall of Fame press release, “Few rider/tuner pairings have dominated like Terry Vance and Byron Hines. From the early ‘70s until Vance retired from riding in 1988, they captured 14 Pro Stock and Top Fuel titles. Their popularity prompted NHRA to add motorcycle racing to its national series. Since 1979, they’ve made Vance & Hines a world-leading aftermarket parts supplier.” Other members of the class of 2022 include Jack Roush, Helio Castreneves, and the founders of Harley-Davidson Motor Company.

“For all of us at Vance & Hines, going to Daytona for Bike Week is like celebrating New Years in Times Square. All of our riders are on the track, our team is working with customers and the sound of Vance & Hines-powered Harleys is in the air, no matter where you go,” said Vance & Hines President Mike Kennedy. “What could be better?”

Dominating the streets is part of the company’s winning formula, so Vance & Hines will have teams of employees at the Daytona Speedway and at Daytona Harley-Davidson to help customers design the perfect performance setup for their Harley-Davidson, BMW or metric motorcycles. The display trucks will be open daily from March 3 through March 12.

Terry Vance and his partner Byron Hines heading to Florida with a lot on their plates, including being inducted into the Daytona-based Motorsports Hall of Fame.

Unlike its competitors, Vance & Hines has a full slate of racing activities taking place during Bike Week, with all six of their factory riders on the track in American Flat Track (AFT), MotoAmerica’s King of the Baggers road racing and NHRA Pro Stock Motorcycle drag racing. The company that was born on a race track continues its racing legacy when all three programs kick off their season in Florida.

In AFT, the company fields a team of two riders, Jesse Janisch will race in the Production Twins class on a Harley-Davidson XG750 and Brandon Kitchen will go after the Singles wins on a Husqvarna FC450. The season kicks off with two races at the Volusia County Raceway.

In MotoAmerica’s King of the Baggers road racing, James Rispoli and Taylor Knapp will ride Harley-Davidson Road Glides in the class created for motorcycles with full fairings, windshields and saddlebags. The series proved to be a fan favorite in 2021 and was expanded this year to include six races.

The Vance & Hines/Mission/Suzuki Pro Stock Team rolls into Gainesville, Florida for the GatorNationals, which is the debut of NHRA Pro Stock Motorcycle racing in 2022. The team includes the winningest woman in motorsports, Angelle Sampey, and four-time champion Eddie Krawiec riding for Crew Chief and six-time champion, Andrew Hines.

In addition, in 2022 Vance & Hines is offering contingency support for riders in four different racing series valued at nearly $200,000. 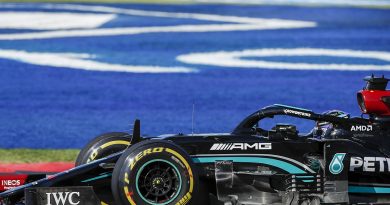 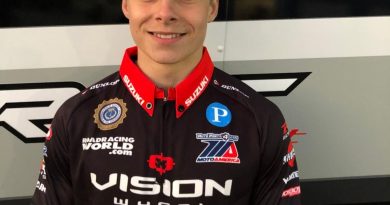 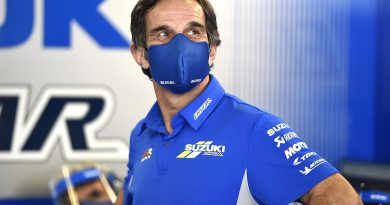