Over the last few weeks, Ducati has revealed what’s in store for 2022 in different’ episodes.’ Today, the Italian manufacturer took the wraps off one of its most exciting models for next year, its flagship supersport, the Panigale V4.

Ducati mentioned in a press release that the new Panigale V4 “has been improved in all areas, including aerodynamics, ergonomics, engine, chassis, and electronics”. How has it managed to do so, you ask?

For starters, there’s the addition of a new winglet design. This is also the differentiating visual factor when compared to last year’s model. The new winglets are smaller but produce just as much downforce as before — 81lbs at 186mph (37kg at 300km/h).

This bike gets a flatter seat with a grippier surface to enable the rider with better control while braking hard for better ergonomics on track. The rear of the tank (that’s close to the rider) has also been tweaked for better grip.

While the 1,103cc Desmosedici Stradale engine remains essentially unchanged for 2022, the new Panigale V4 features an updated gearbox. The first, second, and sixth gear is now taller, and the ECU has been updated. Peak output figures from the engine are 210hp at 12,500rpm and 90.6lb-ft of torque at 11,000rpm.

Owners will also have the option to opt for an Akrapovic exhaust from the Ducati performance catalog. Making the switch bumps peak horsepower to 225hp while reducing the motorcycle’s weight by 11lbs (5kg). For reference, the stock 2022 Panigale V4 weighs 431lbs (195.5kg).

The updates don’t stop there. There’s also a new suspension setup with an Öhlins NPX 25/30 electronically controlled pressurized fork at the front. The new fork offers 125mm of travel — 5mm more than the 2021 Panigale V4. The rear shock, meanwhile, continues to be an Öhlins TTX36.

The single-sided swingarm pivot has also been raised by 4mm to “increase anti-squat action” under acceleration. While the standard Panigale V4 gets Pirelli SC1 tires, the 2022 Panigale V4S S is equipped with 3-spoke forged aluminum-alloy wheels shod in Pirelli Diablo Supercorsa SP tires. Braking hardware comprises Brembo Stylema monobloc calipers at the front and a 2-piston caliper at the rear.

Lastly, substantial additions have been made to the electronics package. The 5-inch TFT dash has been restyled, so information is easier to read. Then, there’s the addition of a new ‘Track Evo’ mode. Other rider aids include a cornering ABS, traction control, slide control, wheelie control, engine brake control, and a bi-directional quick-shifter that works alongside a six-axis IMU.

The post The 2022 Ducati Panigale V4 Is Faster and Better than Ever Before appeared first on Motorbike Writer. 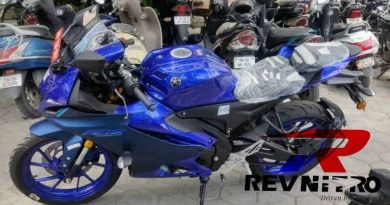 A New Yamaha R15 is Headed For India Next Week 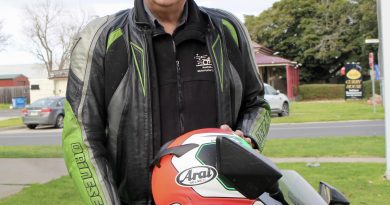