A ribbon-cutting celebration was held at Road America today after the complete replacement of the 4.048-mile racetrack’s surface was completed.

The following is from Road America…

A ribbon cutting today at America’s National Park of Speed commemorated the completion of the long-anticipated replacement project of the racing surface that has not been overhauled since 1995. Milling and grinding the entire 4.048-mile racetrack, including the pit lane, began on October 3. Fine grading, a new base layer, and a new final surface asphalt layer followed in late October. Now the all-new race surface has the entire off-season to cure before the 2023 season.

The big news is that aside from the opportunity to make minor adjustments, the original configuration of the entire racetrack remained the same. Advanced Materials Services consultants, Walbec Group engineers, and their Northeast Asphalt team were mindful of the tracks’ history and authentic character. Before milling off the old surface, the entire racecourse was surveyed to allow the engineers and Road America to review the track’s unique characteristics and make decisions that guided the grade control process during each step of the repaving process. Over 7,000-grade control points were set to direct the grading and paving process to ensure that the track width, camber angles, and curbing locations were accurate within a tenth of an inch.

“Our goal was to put the track back exactly as we found it to maintain its distinct features and preserve the track’s significance in the racing world,” said Craig Donze, Engineering Manager for the Walbec Group. “High-quality aggregates were locally sourced from Wisconsin, and the team used a highly polymerized asphalt mix to maximize durability. Multiple tests were performed throughout the project to ensure the surface would handle the weather and racing stresses. Teamwork from initial planning through construction resulted in a racing surface that will provide competitors and racing fans enjoyment for years to come.”

Engineers and Road America worked collaboratively throughout the project to improve drainage around the property and upgrade features that cross beneath the racing surface before paving. This included increasing the size of culverts and running new conduits under the track to support the facility’s events. Over 800 truckloads were removed during milling, with nearly the same number of trucks bringing in the new asphalt racing surface for paving. During the project, two paving machines ran in an echelon (side-by-side) pattern to minimize the center seam visibility and maintain a consistent density.

“This was a massive endeavor, and we are extremely excited to have a new racetrack for competitors and fans to enjoy,” said Mike Kertscher, Road America’s President and General Manager. “The goal was to keep it the same as our founder Clif Tufte envisioned, and we’re certain we met that goal. We look forward to the future with this all-new track and pit lane, and we encourage everyone to get their season passes, tickets, and camping for what we anticipate will be an incredible season in 2023.” 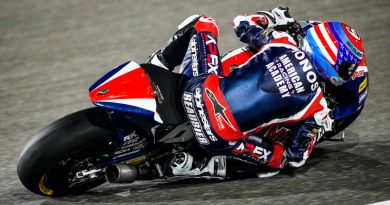 Roberts, Beaubier Crash Out Of Grand Prix Of Doha 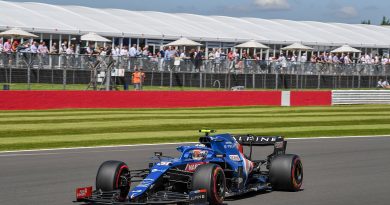 Ocon feels his F1 “pace is back” after Silverstone turnaround 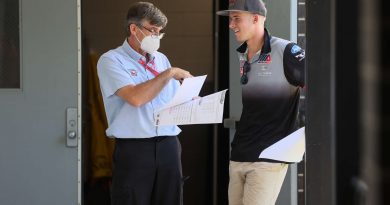