MotoAmerica’s first event at Daytona International Speedway will feature 139 riders who will compete in four different race classes with three of those classes racing for the first time ever at the “World Center Of Racing.”

For the 80th running of the iconic Daytona 200, a total of 50 riders will practice, qualify, and race for the opportunity to win the race, accept the trophy, wear the Rolex, cash the check, and add their name to the lists of legends who have won America’s premier motorcycle road race, which is the only one on the MotoAmerica schedule that goes for 57 laps and includes upwards of three pit stops to change tires and refuel.

A total of 46 Twins Cup riders will compete in two nine-lap feature races, and the field is made up of a mix of veteran twin-cylinder riders )including defending class champion Kaleb De Keyrel) and former SportbikeTrackGear.com Junior Cup riders who have moved up a class in 2022.

Mission King Of The Baggers Championship

The hugely popular Mission King Of The Baggers Championship will start its season for the first time at Daytona International Speedway, and 18 riders are entered to practice qualify, and compete in two eight-lap feature races as well as the three-lap Mission King Of The Baggers Challenge, which is a “dash for cash” with $5,000 going to the winner. Defending class champion Kyle Wyman and 2020 class champion Tyler O’Hara headline the list of riders, along with former Superbike rider Bobby Fong, former MotoGP rider Jeremy McWilliams, two-time MotoAmerica Stock 1000 Champion Andrew Lee, and two-time AMA Supersport Champion and former British Superbike and American Flat Track competitor James Rispoli.

A field of 24 riders will take to the high banks of Daytona International Speedway for two six-lap Super Hooligan National Championship races, and these competitors will be aboard everything from Harley-Davidson XR1200s, Fat Bobs, Softails, and Dyna Low Riders; to Indian FTR1200s and Chiefs; to Ducati Hypermotards; to KTM 890 Dukes; and there’s even a BMW R nineT in the mix. A rag-tag bunch, to be sure, and they call them “Super Hooligans” for nothing. But, it’s sure to produce some great racing.

All told, that’s 139 road racers competing in four different classes, and in nine races over three days. Do not miss it.

The post Strength In Numbers: 139 Road Racers Set To Compete At Daytona On March 10-12 appeared first on MotoAmerica. 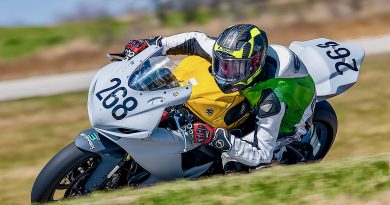 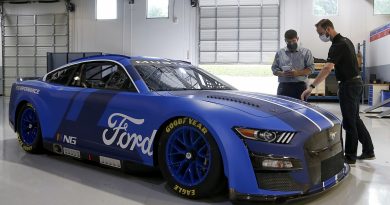