This year, Triumph is celebrating the release of the new action flick “James Bond: No Time to Die” by handing out another 007 Special Edition bike.

Naturally, the choice of beastie for this year is the off-road adventure motorcycle used in the new movie – a Tiger 900 Rally Pro – for the occasion.

007.com states that the Tiger will have decals gilded in gold accents (reminiscent of the new film, but also likely a classic homage to Bond’s ninth in the series, “The Man With The Golden Gun”), with the chassis swathed in black to emulate the mystique of the iconic British secret agent.

The bike will also feature a start-up screen with the signature “007” logo, as well as an Arrow exhaust, a very nice heated seat, and the potential to upgrade to Michelin Anakee Wild tyres in the event of a, particularly rugged mission.

The Tiger 900 Rally Pro is powered by an 888 cc triple-cylinder engine that produces 93.9 horsepower and 64 lb-ft of peak torque and is decked out with adjustable off-road suspension from Showa, four-selectable riding modes, and a new 7-inch full-color TFT instrument suite.

This particular model (the Rally Pro) is known for its versatile spread of power via upgraded engine tuning, as well as Triumph connectivity, a Tire Pressure Monitoring System, and a total of six selectable riding modes.

Don’t hum and haw for too long – the report states that only 250 of these bikes will be made, with a certification of authority to prove the authenticity of each unit.

Looking to expand the style of your garage? The cost for Bond’s new beauty has the overall price of the Tiger 900 Rally Pro inflated by a solid £3, putting the final dint at £16,500.

Let us know if you get your hands on one of these beauties; in the meantime, make sure to check out other motorbikes that have been inundated into Hollywood’s records. 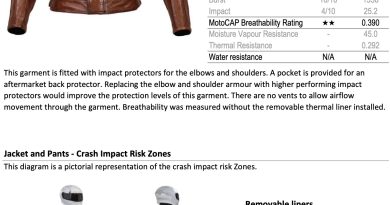