Millions of dollars of Victorian motorcycle safety levy funds remain unspent as minutes of the ministerial advisory panel on motorcycle issues are shrouded in secrecy.

Retired industry veteran and Two Wheel Action Group spokesman Stuart Strickland OAM “strongly disagrees” with the confidentiality around all aspects of the Motorcycle Safety Levy collected as part of the Transport Accident Commission premium in registrations for motorcycles with an engine capacity of 126cc or above. The levy is $73.70 per registration.

The unallocated funds balance of the Motorcycle Safety Levy is currently $15,477,785, which is only down marginally from the $18.5m unspent at the end of the 2014/15 financial year.

In 2017, road safety advocate and author Heather Ellis called for the annual levy to be “greatly reduced by 50% or more”, fearing the Victorian State Government was “eyeing it off for internal revenue”.

Stuart says that as a levy payer, he and other riders should have access to all information related to the levy and formally requested the Minister release the minutes from the past four Motorcycle Community Engagement Panel meetings.

However, the Secretariat of the Motorcycling Community Engagement Panel told Stuart that “as per most ministerial advisory committees and previous motorcycling advisory panels, minutes of meetings are confidential unless otherwise advised by the Chair or the Minister”.

“Confidentiality enables open and frank discussion at meetings, helps facilitate the development of new ideas, and protects information that is personal or relates to other sensitive matters,” the Secretariat says.

“From time to time, the Minister or Chair may ask for specific matters to be made public, however this will happen on a case by case basis. There are no plans to change this arrangement.

“While the meeting minutes will be confidential, panel members are encouraged to talk about and promote MCEP and their position on the panel to the riding community.

“Members are expected to actively source the opinions, attitudes, and sentiments of a wide range of Victorian motorcyclists regarding issues that they feel are relevant.

“This may include discussions on social media, online forums, or in person with other motorcyclists.

“The Department of Transport supports communication by panel members on social media sites (e.g. Facebook, Twitter) regarding motorcycling issues that are not specifically identified as confidential.”

The Liberal Opposition has previously said it would “consider” reducing the levy.

Long-time campaigner against the “unfair tax”, Rodney Brown, has pointed out that the Victorian Road Safety Committee’s Inquiry Into Motorcycle Safety has recommended that the motorcycle safety levy be abolished. 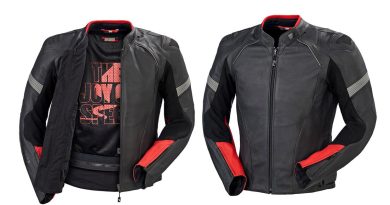