Westby Racing’s Mathew Scholtz finished second in five of the seven MotoAmerica Medallia Superbike races going into Saturday’s race one at Road America. But he refused to finish second again, the South African going head-to-head with Italian Danilo Petrucci and coming out on top of a last-lap brawl to score his first victory of the season and the fifth Superbike win of his career.

With Scholtz and Petrucci well clear of the battle for third place, it all came down to the last lap. Petrucci led, but Scholtz had a plan and he stuck to it. With a late-braking effort and a block pass into turn five, Scholtz took the lead. Petrucci tried to pass in the final corner, but it didn’t work and Scholtz was able to hold off the horsepower of the Warhorse HSBK Racing Ducati NYC Panigale V4 R up the hill to the finish line – by just .015 of a second.

The win, the fifth Superbike victory of Scholtz’ career and his first in the dry, vaulted him to the top of the championship point standings by a single point over Petrucci, 125-124.

Tytlers Cycle Racing’s Hector Barbera was third, the Spaniard earning his first MotoAmerica podium in his second season in the series. Barbera crossed the line 8.5 seconds behind the battle for victory and just .055 of a second ahead of his teammate PJ Jacobsen.

And what of defending MotoAmerica Superbike Champion Jake Gagne? Gagne and Petrucci touched under braking, and both ran wide on the first lap in turn five. While Petrucci was able to get his Ducati slowed down and turned, Gagne was forced to take to the gravel trap on the outside of turn five and he tipped over. By the time Gagne got going again, he was 29th and dead last.

From there Gagne and his Fresh N Lean Progressive Yamaha YZF-R1 went on a charge through the pack to an eventual fifth-place finish and the 11 championship points that come with it. Points that may prove valuable at season’s end.

Vision Wheel M4 ECSTAR Suzuki’s Jake Lewis and Richie Escalante were next, the pair separated by some 13 seconds with Lewis sixth and Escalante seventh.

With seven races in the books, Scholtz leads Petrucci, 125-124 with Gagne third with 102 points. Barbera moves into fourth with 79 points, one point more than Gagne’s teammate Cameron Petersen with the South African out of the race on lap five with a mechanical failure.

“I kind of thought after corner five, I had a decent gap that he (Petrucci) wouldn’t be close enough to me, but he obviously had a really good couple corners after that and caught up to me. I didn’t realize in the final corner he was going to try to pass me. I kind of heard him turning in and out of the corner of my eye, I saw his front tire. I actually had to give it a little bit of gas to make sure that he didn’t touch me and push me wide. We crossed the finish line and I looked right, and he was right there next to me. I wasn’t even sure that I had won, at that point. I think over the last two races that we’ve had, if you combine both of those finishing times, they’re both less than eight tenths. So, it’s been extremely close. I’m just really happy to be up here battling with this guy. Coming off of MotoGP, winning a Dakar stage, it really shows how the Westby team have made the bike better, how I’m riding better. I think things might have been different if Jake (Gagne) was there, but sometimes you’ve got to take your luck when it comes.

“I don’t know if I was able to pass him on the straight before the finish line, so I tried to pass him in the last corner. I tried, but I’m happy because since VIR we are facing a big problem with the engine brake. This morning we decided to completely change the setup on the engine brake, especially on braking. It seems this morning the bike was working a little bit better. For sure, it was a tough weekend, but I’m happy with this second place. For sure I wanted to win. I tried until the last moment. For sure I understood that I need to be harder on the pass because every rider that passed me pushed me out of the way. From tomorrow on I will try the same.

“It’s a very great moment for me because I work too much for that moment, but I think with that bike we need more time for arrive to go fast. But after today, we try a good line for my bike go better, especially the electronics part. Now I’m faster. Every session I’m more and more fast with more confidence. I’m very happy. The team has worked very good and worked a lot all winter because new bike. Needed too much time for go fast.” 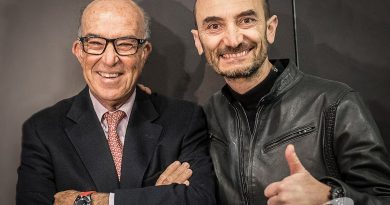 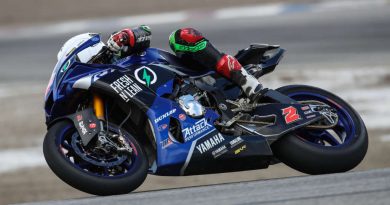 The Spark Is Back: NGK Returns As Official Partner Of The 2021 MotoAmerica Championship 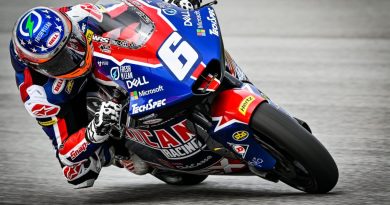