Two riders who have tasted success in previous years in the MotoAmerica Series earned their first victories of the 2022 season on a hot and sunny Saturday at Ridge Motorsports Park with teammates Gus Rodio and Anthony Mazziotto winning the SportbikeTrackGear.com Junior Cup and Twins Cup races, respectively.

Rodio’s victory in the SportbikeTrackGear.com Junior Cup race was his first of the year and the second of his career and the Rodio Racing/Warhorse HSBK Racing rider was joined in victory later in the day when Mazziotto rode the team’s Aprilia RS 660 to victory in the red flag shortened Twins Cup race. Three of the four support class races on Saturday featured red flag stoppages.

In Yuasa Stock 1000 race one, the 12-lap race was reduced to 10 laps due to a red flag on the initial start. Tytlers Cycle/RideHVMC Racing BMW rider Corey Alexander started from the pole and led from start to finish to record his third race win in a row at Ridge Motorsports Park after getting the double-win last year. Oregon-based rider Andy DiBrino showed well at his home track. Aboard his Precision Iron Works/DiBrino Racing Kawasaki, DiBrino started second and maintained his runner-up position all the way to the checkers. Third place went to Disrupt Racing Suzuki rider Hayden Gillim.

“I grew up racing in the Northeast, so we have Loudon, which is in New Hampshire,” Alexander said. “It’s blind and a little sketchy, and it just takes some areas where you’ve got to be really comfortable with your bike and confident. So, it reminds me a little bit of that. The Supermoto tight section at the top of the hill is fun. I think being a little bit bigger maybe helps, too, here. You can kind of do some things with the bike to get over the curbs and use my height to my advantage, a little bit. We won both races here last year, but I was working ten times harder. The BMW is just working so well for me, and everybody is working really hard. My uncle and Steve Weir (from BMW), everybody who is part of the program. It’s fun to be able to come out and push the envelope every weekend without having issues with the electronics and that kind of stuff. The bike actually works. It’s fun to ride. Hayden (Gillim) is obviously kind of the guy in the championship that I’ve got to keep my eyes on. I’m trying to push the envelope, that’s what it’s about. If I take a break, he’s going to be right there. So, that’s kind of my mindset. Really happy to be up here, and congrats to these guys.”

Supersport points leader Josh Herrin notched his fourth victory of the season with his win in race one at Ridge Motorsports Park. Herrin stalked Tyler Scott in the beginning of the race, and then on lap three, he overtook Scott and maintained his lead all the way to the finish line. Scott, meanwhile, faded as the laps wound down, and polesitter Rocco Landers took over second position aboard his Landers Racing Yamaha on lap 11 of the 15-lap event, ultimately finishing as runner-up in the race, a little over two and a half seconds behind Herrin. Also moving up into podium position on lap 11 was Vision Wheel M4 ECSTAR Suzuki’s Sam Lochoff, the South African finishing third.

“At the beginning, I didn’t get a great start, so my game plan kind of changed,” Herrin said. “I was going to sit there for a little bit and see what the leader’s pace was. I thought maybe he was trying to save his tire or something, because we were in the 46’s when he qualified at 42. So, I was a little confused. I decided to make a move on him, and I figured, we’re doing 46’s right now. If I can put down some 44’s and see if he hangs or see if I can get a gap. Somehow, I was able to get a gap doing 44’s. So, I decided to obviously stay there and not do anything crazy. It worked out. Super happy with how the day went. You can’t ask for a better race than that. I’m happy. Happy for my team. Just looking forward to tomorrow.”

Rodio Racing/HSBK Racing’s Gus Rodio started out the season competing in both Twins Cup and SportbikeTrackGear.com Junior Cup. But, after round two at Road Atlanta, Rodio and his team decided that he would focus all of his energies completely on STG Junior Cup and withdraw from Twins Cup.

The strategy has paid dividends for Rodio in Junior Cup because he podiumed in Virginia, finished second in race one at Road America, and in race one at Ridge, he got the win. The New Jerseyan built a big lead aboard his Kawasaki in the red-flagged-and-restarted 10-lap race, but SportbikeTrackGear.com Kawasaki rider Joseph LiMandri Jr. closed the gap considerably and finished in second, just ,204 of a second behind Rodio. Third place went to Kayla Yaakov, who turned 15 years old on Friday. It was the fourth podium result of the season and third in a row for the Altus Motorsports Kawasaki rider.

“I was looking back a little bit throughout the race and I saw the pit board said 2.8 or 1.8, or something,” Rodio said. “So, I was like, ‘All right, I have a healthy lead.’ I was just trying to maintain that. Even at my maintaining pace with old tires from qualifying, I was losing the front everywhere. The grip was pretty bad. So, we’re going to fix that stuff for tomorrow and try and last the whole 12 laps.”

Rodio Racing/HSBK Racing followed up their win in SportbikeTrackGear.com Junior Cup race one with Gus Rodio’s teammate Anthony Mazziotto winning Twins Cup race one. Mazziotto started from the pole aboard his Aprilia and was never headed in the red-flagged-and-restarted seven-lap race. Second place went to defending Twins Cup champion Kaleb De Keyrel aboard his Veloce Racing Aprilia, while Cycle Tech Yamaha rider Hayden Schultz rounded out the podium in third.

“The guys behind me were definitely pushing trying to catch up,” Mazziotto said. “Then, I made a mistake coming into turn nine or ten, after you come up over the hill and that kink and then come into that really slow left-hander. I just couldn’t grab any downshifts. I was stuck in sixth gear, so I rolled around the corner in sixth gear and then I looked over my left and I see Kaleb (De Keyrel) there. So, I really just had to dig deep after that. I was just ready for a battle. Then when the red flag popped out, I kind of saw something up at the top of the corkscrew, off way in the distance. Then I kept looking as I was coming down the corkscrew, and I didn’t see any more red lights, so I came around the lap just to make sure, so I didn’t pull in. That would have been pretty bad. I saw the red lights after I came out of the right onto the straightaway, so I put my hand up and let everybody behind me know. It was a good race. We’ve been working really hard at this all year. My crew has been fighting to put a motorcycle underneath me that we can do this on. I think finally now we’re heading in the right direction with everything. I think, now, we’re finally going to be around, and we’re here to stay for a little while.”

The Mini Cup by Motul Championship was back in action at Ridge Motorsports Park, and in the 110cc class, Nathan Gouker got the race one win over runner-up Anthony

Lupo Jr., with Mac MacClugage completing the podium in third. Gouker also got the victory in 160cc race one, and again, Lupo Jr. crossed the finish line as runner-up to Gouker, while Ryder Davis was third. In 190cc race one, Kensei Matsudaira won over Mahdi Salem in second and Kylie Botkin in third.

The Mini Cup event wrapped up at Ridge with Matsudaira doing the double with the win in 190cc race two. Jesse James Shedden was second and Joshua Raymond finished third.

The post Rodio, Mazziotto Take First Wins Of 2022 At Ridge On Day One  appeared first on MotoAmerica. 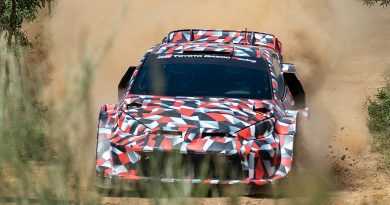 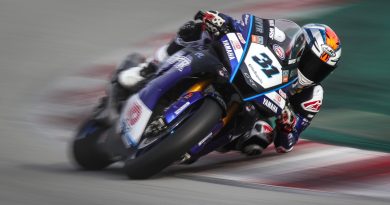 Gerloff Third-Quickest After First Day Of WorldSBK Test In Catalunya 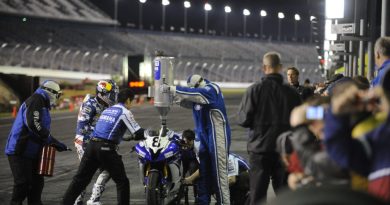