Italtrans Racing’s Joe Roberts earned provisional pole position for Sunday’s Dutch TT with the Californian leading the way on a day of mixed weather conditions at the TT Circuit Assen.

Roberts best lap came in the dry FP2 session, his 1:37.393 besting Red Bull KTM Ajo’s Augusto Fernandez by just. 136 of a second with Inde GASGAs Aspar’s Albert Arenas another .040 of a second off Roberts to complete the provisional front row.

The top 16 were within a second of Roberts’ best and it was his countryman Cameron Beaubier ending up 16th and just .917 of a second from Roberts. American Racing’s Beaubier was 12th fastest in the wet FP1 session with Roberts 18th.  FP1 was led by Flexbox HP40’s Aron Canet.

The post Roberts On Provisional Pole In Assen appeared first on MotoAmerica. 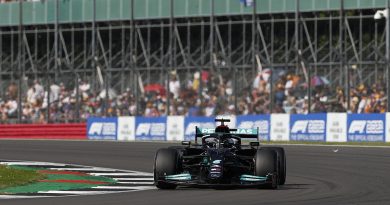 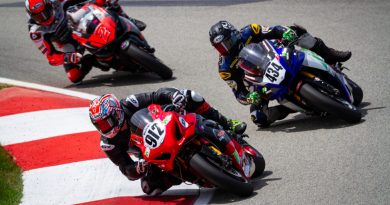 MotoAmerica On Display At The Velocity Invitational