Last year’s MotoAmerica Supersport race one at Michelin Raceway Road Atlanta saw Sean Dylan Kelly (40) beat Richie Escalante (54) by a scant .052 of a second. More is expected in 2021 and it all starts this weekend in Georgia. Photo by Brian J. Nelson

Even though he is just 16 years old, no one in the history of MotoAmerica’s Junior Cup and Twins Cup classes has won more races than Rocco Landers. And to the delight of the riders in those two classes in 2021, Landers is moving on and will be taking his talents to the Supersport class, beginning this weekend in the 2021 MotoAmerica Series opener at Michelin Raceway Road Atlanta.

In his two years of racing in the SportbikeTrackGear.com Junior Cup class, Landers won two titles and 29 races. In just one season of Twins Cup racing, Landers moved to the top of the win list with nine victories and one championship. All that adds up to 38 MotoAmerica victories in two seasons of racing for the young phenom… but now comes the challenge. Supersport. Where the big boys live.

When he takes to the grid on Saturday and Sunday at Michelin Raceway Road Atlanta for his Supersport debut, Landers will do so against stout competition. And it begins with 2020 Supersport Champion Richie Escalante, the HONOS Racing Team rider coming in hot off his 13-win season en route to becoming the first rider from Mexico to win an AMA road racing championship. Escalante wants a Superbike ride badly and another dominating season would likely earn him one.

While Paasch has crossed the Atlantic to race in the British Superbike Series in 2021, the two dominators remain and if Landers can keep those two in sight, there’s a lot to be learned from the pair.

Escalante was beaten last year in race one at Michelin Raceway Road Atlanta by his rival Sean Dylan Kelly on the M4 ECSTAR Suzuki by just .052 of a second, but the Mexico City resident bounced back in race two – beating Kelly by 6.4 seconds. Those two were the only riders to win Supersport races in 2020 and it was a war in virtually every race. And oftentimes, they were joined by Brandon Paasch.

Another rider to make the move to Supersport this year is Landers’ Junior Cup rival from last year, Dominic Doyle. Doyle will ride a BARTCON Racing Kawasaki ZX-6R and he lines up knowing that he was the only rider to beat Landers in SportbikeTrackGear.com Junior Cup last year.

Thirty Supersport bikes will line up this coming weekend at Road Atlanta and the talent pool is deep. In addition to the aforementioned Escalante, Kelly, Landers and Doyle, there are others capable of winning. Riders such as MESA37Racing’s Stefano Mesa and his last-minute teammate Xavier Zayat; Sam Lochoff, the M4 ECSTAR Suzuki rider also jumping up from Junior Cup; North East Cycle Outlet Racing’s Benjamin Smith; and many more as the closest class of racing last year promises more of the same in 2021.

With Landers and Company up and gone, the favorite rider heading into the 2021 SportbikeTrackGear.com Junior Cup class is Landers Racing’s Ben Gloddy, the highest-ranked rider from last year who is still in the class. Gloddy had eight podium finishes a season ago. He will face challenges from the likes of JR12/Westby Racing’s Jack Roach, KERmoto’s Cody Wyman, SportbikeTrackGear.com’s Max VanDenBrouck, N2 Racing’s Blake Davis and several other hungry youngsters.

The Stock 1000 entry list for this weekend’s races at Michelin Raceway Road Atlanta is stacked with 34 riders. Again, the defending champion has moved to the HONOS Superbike class with Cameron Petersen trading his Altus Motorsports Suzuki GSX-R1000 for the M4 ECSTAR Suzuki GSX-R1000 Superbike. In his place will be former factory Superbike racer Jake Lewis, the Kentuckian returning to action after taking the majority of last season off.

Although Petersen has moved on, the rest of the class remains pretty much intact, beginning with 2020 Stock 1000 Series runner-up Corey Alexander. Alexander had 10 podium finishes a year ago, including two wins, en route to second in the title chase, and he’s back on the HONOS HVMC Racing Kawasaki for the coming season. Let’s not forget, that both of Alexander’s wins last year came at Michelin Raceway Road Atlanta.

Two-time Stock 1000 Champion Andrew Lee returns to the class for 2021 and obviously does so as a favorite. Ditto for Travis Wyman Racing’s Travis Wyman, and his BMW S 1000 RR. The middle Wyman brother is the only rider other than Petersen and Alexander to win a Stock 1000 race last year.

Like Junior Cup, Twins Cup will carry on without its champion Landers. Also, like Junior Cup, there are plenty of racers ready to fill Lander’s boots. Twenty-eight of them, to be precise, in this weekend’s series opener at Michelin Raceway Road Atlanta.

Based on last year, to the top of the list must go Kaleb De Keyrel, the Minnesotan ending up second to Landers in last year’s title chase and the only other rider to win a race (he won three of the first four to open the season, including the one at Michelin Raceway Road Atlanta). The big change for De Keyrel is that he will be one of eight riders on the new Aprilia RS 660 with his clad in Robem Engineering/CJ Knows livery.

With the success of last year’s King Of The Baggers Invitational, the one-off race has turned into a three-round series with title sponsor Mission Foods, and it all begins this weekend at Michelin Raceway Road Atlanta. The grid will include the majority of those who took part in the debut last year, led by the 2020 race winner Tyler O’Hara, who will spearhead Indian’s assault on the title on his Mission Foods S&S Cycle Indian Challenger. 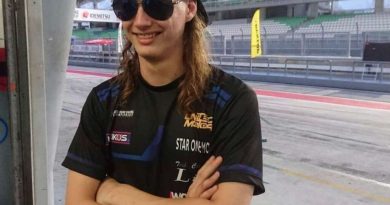 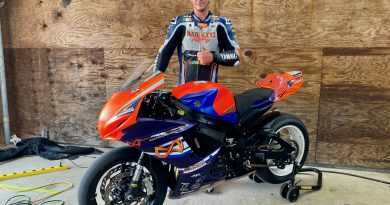 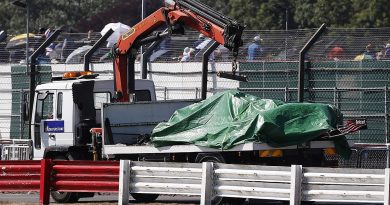