At Inde Motorsports Ranch in Wilcox, Arizona, last week, the H-D Screamin’ Eagle racing team unveiled the Road Glide Specials that Harley-Davidson factory road racers Kyle and Travis Wyman will compete aboard in the 2022 Mission King Of The Baggers Championship.

Along with a first look at the teams’ livery and the iconic, star-spangled number ones that defending Mission King Of The Baggers Champion Kyle Wyman will run on his bike–an homage to the number-plate design made famous by flat-tracker Mert Lawwill and legendary daredevil Evel Knievel–a select few journalists were invited to throw a leg over Kyle Wyman’s racebike and chase Wyman while he railed around Inde on a Harley-Davidson Pan America.

RevZilla’s Zack Courts was in the catbird seat, and he narrated his three-lap adventure in real time, which is quite a feat in itself not even counting the quick lap times he recorded. Courts also wrote an article about his experience on the gargantuan V-Twin race bike, complete with a technical analysis of the machine and first impressions of his ride.

Check out “Riding a thunderstorm” in the Common Tread section of the RevZilla website. 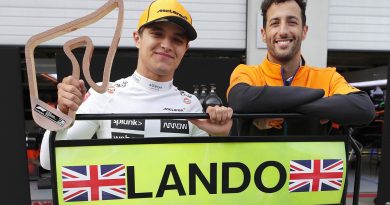 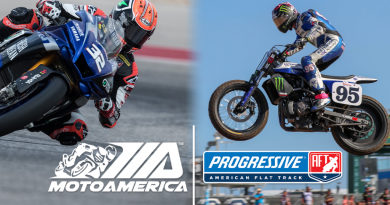 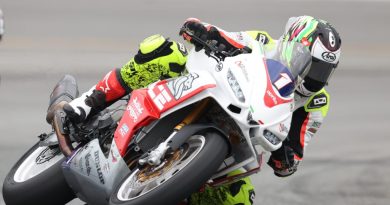