Cruise is ready for launch. Do not try this at home…or if you’re not Tom Cruise. Photo courtesy of Paramount Pictures Corporation.

During this holiday season, we thought it would be fun to set aside the rider announcements, team profiles, and road racing stories for a moment in order to bring you something that you just have to see to believe.

Like a fine wine, or the recollection of a motorcycle race, Tom Cruise–at least as a living, breathing action figure–seems to keep getting better with age, especially when it comes to motorcycles.

He wowed us back in 1986 when he rode a Kawasaki GPz900R in Top Gun. Then, in 2022, he double-wowed us when he re-created the scene in Maverick, but this time, he was a aboard a Kawasaki Ninja H2 Carbon. And both movies were pretty darn good, too, with the second one arguably better than than the first. Plus, you can pretty much say the same thing about the two Ninjas.

While most actors leave the big stunts to the professionals people whose job it is to jump out of planes, leap from one building to another, cling to helicopters, or do crazy things while riding motorcycles, Tom Cruise is a DIYer. After all, if you want it done right, Do It Yourself.

But, riding a motorcycle across a narrow and ridiculously elevated ramp, then launching the bike off the ramp, into a bowl-shaped rock chasm, separating from the bike, and parachuting to a nice, soft landing? Six times in one day? Hold his beer.

Check out the video: 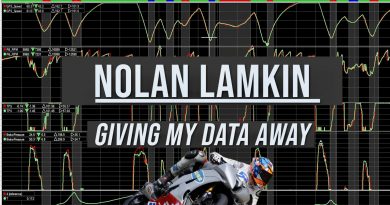 Tech Tuesday: Nolan Lamkin Gives It All Away 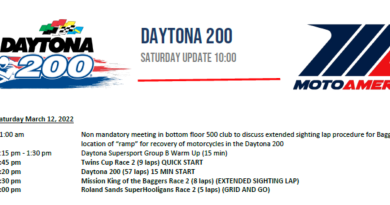 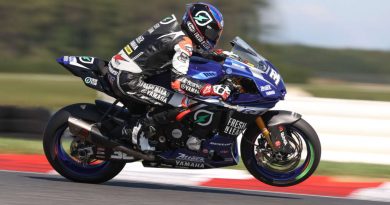 Will Gagne Continue Streak As MotoAmerica Series Comes To A Close?