Double the fun: MotoAmerica has announced that its 2022 King Of The Baggers Championship will feature six rounds in 2022, including the season-opener at Daytona International Speedway. Photo by Brian J. Nelson

Fittingly, the 2022 MotoAmerica King Of The Baggers Championship will kick off during Bike Week in Daytona Beach, Florida, with the Baggers taking to the High Banks of Daytona International Speedway for the first time, March 10-12, in conjunction with the Daytona 200.

From there, the series will head to Georgia and Michelin Raceway Road Atlanta in Braselton, April 22-24, the site of last year’s thrilling opening round that was won by Indian Motorcycles Tyler O’Hara. The championship will then revisit Road America, the site of last year’s second round, June 3-5, in Elkhart Lake, Wisconsin, a stone’s throw from Harley-Davidson’s headquarters in Milwaukee.

WeatherTech Raceway Laguna Seca is where Kyle Wyman wrapped up the 2021 MotoAmerica King Of The Baggers Championship for Harley-Davidson, and the iconic track in Monterey, California, will play host to round four of the series, July 8-10.

The final two rounds of the 2022 series will take place at tracks that are new to the King Of The Baggers – Brainerd International Raceway in Brainerd, Minnesota, the home state of Indian Motorcycles, July 29-31, and New Jersey Motorsports Park in Millville, New Jersey, September 9-11.

The three-round 2021 MotoAmerica King Of The Baggers Series generated more than 19 million impressions and an engagement of 1.2 million on social media with the races delivering over 1.1 million views and 43,000 total hours of viewing time on YouTube.

“The popularity of last year’s three-round King Of The Baggers Series was such that it left our fans, teams, sponsors, and racers wanting more,” said MotoAmerica President Wayne Rainey. “So, we are giving them what they want – a six-race championship held at the three tracks that the Baggers competed on last year with an additional three rounds, including our first visit to Daytona International Speedway, added to the series. We know the 2022 season, which will be MotoAmerica’s eighth as the home to the AMA Superbike Championship, will be as exciting as ever and the expanded King Of The Baggers Championship will be a huge part of that.”

Last year’s King Of The Baggers Championship came down to a fierce battle between Harley-Davidson’s Wyman and Indian’s O’Hara with Wyman winning the decisive final round at WeatherTech Raceway Laguna Seca to take home the title. Those two will again spearhead the efforts of the Harley-Davidson and Indian factories on their H-D Screamin’ Eagle Road Glide and Mission Foods S&S Cycle Indian Challenger, respectively.

2022 MotoAmerica King Of The Baggers Championship 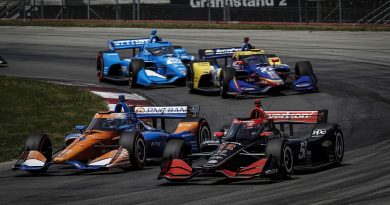 IndyCar has “broadened its reach dramatically” for 2022, says NBC 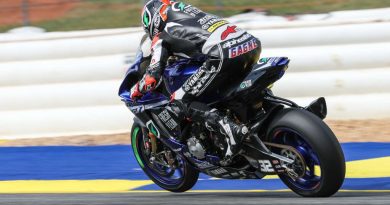 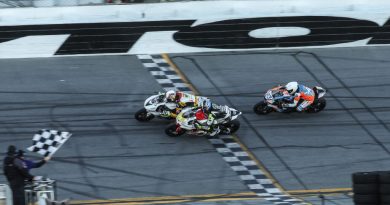