Beginning with content from the 2015 and 2016 seasons, MotoAmerica TV will air all seven years of the MotoAmerica Series as well as select live content in 2022. The channel will launch with hundreds of hours of MotoAmerica content to feed even the hungriest of MotoAmerica fans.

MotoAmerica TV is a one-stop shop for race fans to access both historic and new content from the device and platform of their choice. The channel is currently available on Distro TV, Local Now, Stremium, Zingo TV and at www.motoamerica.tv. MotoAmerica TV is now available to more than 10 million households with additional platforms expected to launch in 2022.

“We are very excited about the launch of MotoAmerica TV,” said MotoAmerica COO Chuck Aksland. “This type of free to air access is quickly gaining in popularity. As we continue to develop arrangements with more platforms, millions of people around the world will have easy access to follow all classes of MotoAmerica racing 24/7. The content will be a mix of both historic and new racing action, continually updated and refreshed.”

”With nearly five million people tuning in to watch the furious action of the MotoAmerica Series in 2021, motorcycle racing has proven to be a must-see sport,” said Brendan Canning, Chief Commercial Officer, Triple-B Media. “With the launch of MotoAmerica TV, we plan to capture that action day in and day out, 24/7. We are beyond excited to partner with MotoAmerica on this new television network.” 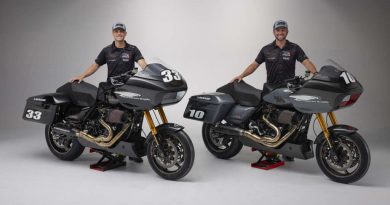