After recently celebrating its centennial and the brand’s rich history, Moto Guzzi has turned its attention to the future with the “Road to 2121.” The bold initiative announced today includes a futuristic restructuring project including a new factory and museum to be built at the current site in Mandello del Lario, Italy, where every Guzzi has been built to date.

A rendering of the new Moto Guzzi factory, designed by Greg Lynn.

Moto Guzzi has commissioned U.S. architect and designer Greg Lynn, known for his bold, ultramodern creations and the architect behind the new San Francisco Museum of Modern Art. The project, which Guzzi says, “will be founded on culture, design, and mechanics, with a strong green focus,” will include open public spaces and a place for the local community and tourists to meet.

Guzzi has stated that the project will use existing onsite structures and maximize environmental sustainability and efficiency in its use of resources. While building materials will be chosen with close attention to efficient energy management, thanks to photovoltaic systems and eco-sustainable materials.

The Piaggio Group intends to establish the Moto Guzzi brand as an example, not only of mechanical integration, but also of modern design and hopes that the site will become a focal point for Guzzi bikers and young people, and international tourists interested in the venerable brand. The new factory will also extend the firm’s production capacity to keep pace with the growth in demand.

In addition to the new factory, the project will create new conference facilities to host both internal and external events, as well as a hotel and a restaurant for a complete range of amenities to welcome visitors from around the world. Work is scheduled to commence by the end of the year and should be completed in the first half of 2025.

If that wasn’t enough, Moto Guzzi pulled another card from their sleeve and announced the V100 Mandello. We know very little about this new machine, but Guzzi is promising it will have a cutting-edge engine and state-of-the-art technologies. We look forward to the new motorcycle’s scheduled release on November 23, 2021, at the EICMA international motorcycle show in Milan. 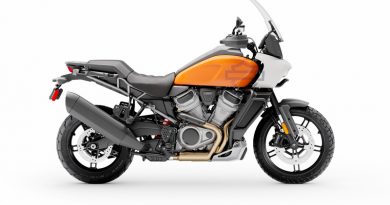 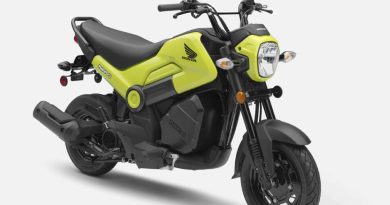