With his two recent second-place finishes at WeatherTech Raceway Laguna Seca, Loris Baz has given those who believe he will be the first rider to beat runaway championship leader Jake Gagne a lot more hope. After all, he only lost the two HONOS Superbike races at Laguna to Gagne by 1.173 and 1.789 seconds, respectively.

Baz has always had faith in his own ability and now he’s got that same belief in the Warhorse HSBK Racing Ducati New York Panigale V4 R as the MotoAmerica Series heads to Brainerd International Raceway in Minnesota for round six of the nine-round (20 races) series, July 30-August 1.

“Now the bike is working pretty well everywhere,” Baz said after his two close seconds in Monterey. “So, I think if the bike is working pretty well in Laguna, it should work more or less everywhere, but Brainerd is a tricky track. It’s not a track I enjoy the best, but I think we’ve worked really well there. We did a lot of laps. It’s a much more bumpy track than here, but we were pretty good. We didn’t get the chance to ride with them, but we were not in the same session. But I think we did a good job there. It’s really good that we have a two-day testing day. We have one more day on Thursday there. Really looking forward to continue on the same way. I’m feeling that we improve every time, every weekend. So, it’s exciting. Much more than the first weekend (when) I was really frustrated. Now when I pull the helmet off after the race, I know what I can do to improve. It makes everyone in the team much more happy and much more confident going into the next race.”

Although he isn’t completely in the small window of setup with the Ducati that he’s hoping to find as a base, he’s at least in the same room now. Prior to Road America, he was two streets down and around the corner from finding a baseline setup. The key, as always, is arriving at a racetrack and not having to face a myriad of changes in every practice and qualifying session.

“We didn’t change the bike a lot apart from FP1 to FP2 because we had the problems with sensors for tire pressure, so we went completely with the tire pressure in Q1,” the Frenchman explained post-WeatherTech Raceway. “So, we lost a lot of time with that but now we are really in the window where I don’t have to change the bike a lot. I enjoy the bike. We did a couple of changes in the morning in the warmup, but I wasn’t sure because the temp was much lower, so I didn’t know if it was going to be any better or not. So, I just went back to the setup from yesterday. It was just two clicks in the front. So, it’s cool to be able to ride the same bike race after race and session after session. We know that very well. When you are able to just work with the same bike, you can improve as a rider. When you change the bike all the time, you don’t know what to expect when you’re going on track. So, that’s the biggest improvement since race one in Road America is that we can ride nearly the same bike every session.” 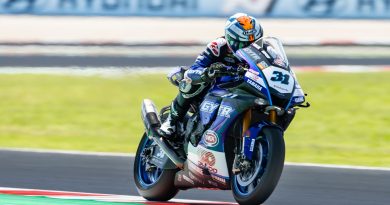 Gerloff Has An Up-And-Down Final Day At Misano 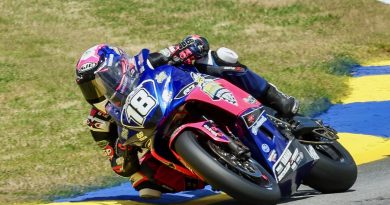 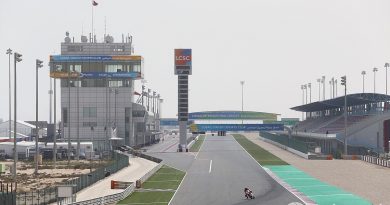