The following is from Ducati North America…

Ducati North America today announced it will compete in the new-look MotoAmerica Supersport Championship and the Daytona 200 in 2022, partnering with the Warhorse HSBK Racing Ducati New York outfit and new signing, Josh Herrin.

For the first time in the history of the class, the Supersport regulations will be evolved to allow larger capacity twin-cylinder and three-cylinder machines to compete against the established 600 cc four-cylinder machines.

With MotoAmerica’s policy of closely replicating the rules set by the WorldSSP Championship, this has opened the door for Ducati to field a factory-supported entry in national-level Supersport competition and once again compete for glory in the Daytona 200, which will come back under the sanctioning of the American Motorcyclist Association and MotoAmerica.

Ducati has pedigree on the high 31-degree banking of Daytona International Speedway, with Jason DiSalvo claiming the 200 victory in 2011 on a Ducati 848, when the race was run under the Daytona Sportbike rules.

At the helm of the 2022 Warhorse HSBK Racing Ducati New York Panigale V2 will be none other than former AMA Superbike, Stock 1000, and 2010 Daytona 200 Champion, Josh Herrin. Herrin is one of the most respected and experienced riders in North America and brings a wealth of knowledge to the Ducati family, as he looks to add the Supersport title to his already stacked trophy cabinet.

“The Panigale V2 is one of our best-selling motorcycles in the U.S., so to bring it to the MotoAmerica Supersport racing platform next year is excellent timing,” said Chinnock. “We support broadening motorcycle racing in North America and the partnership with the Warhorse HSBK Racing Ducati New York team along with Josh Herrin will pilot our racing heritage into the new era of the Supersport class. The expansion of our presence in the series is good for our customers, fans, and all involved as we work together to grow the sport of American road racing. ”

“It’s very exciting for us to be back in the Supersport class,” Shek said. “We’ve put in a lot of years in the class and we know what it takes to run up the front, so we expect nothing less in MotoAmerica and the Daytona 200 with the new Ducati Panigale V2.

“We’re also extremely excited to have signed Josh Herrin. Josh brings a wealth of knowledge, having raced a variety of motorcycles and he’s a former Superbike and Daytona 200 champion, so it’s a win-win for both of us. It’s great to welcome Josh to the Ducati family and for us to benefit from all his years of competitive racing in the Supersport category.”

“I spoke with Bobby (Shek) at the end of the 2021 season and when I was informed of the chance to ride the Panigale V2 in the new Supersport category, it was exactly what I was looking for,” Herrin said. “I’ve always had so much fun in Supersport, and that’s what I want for 2022. When I have fun on the bike, that’s when I go well. That’s been a key to my success in the past and I think we’re on the right track to replicate that next year.

“To join the Ducati family is a big thing for me. It’s a brand I’ve always admired and to be part of this new project with the Panigale V2, bringing Ducati back into AMA/MotoAmerica Supersport competition, is really exciting. I’ll be out riding a Panigale V2 on the street over the coming months to get a feel for it and I’m looking forward to engaging with the American Ducatisti wherever we go across the country.”

The first race for the Warhorse HSBK Racing Ducati New York Ducati Panigale V2 will be the 2022 Daytona 200 at Daytona International Speedway on Saturday, March 12, 2022. 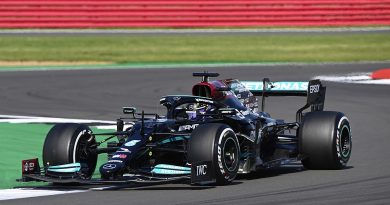 Wolff: Hamilton is the opposite of a dirty F1 driver 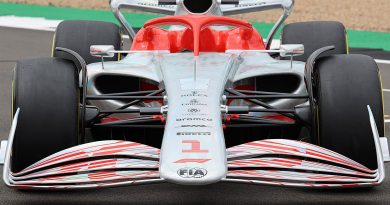