Lewis is out for Medallia Superbike race two at Ridge, while Weather Tech Raceway Laguna Seca the weekend after next hangs in the balance. Photo by Brian J. Nelson.

Vision Wheel M4 ECSTAR Suzuki rider Jake Lewis crashed during the early stages of Medallia Superbike race one at Ridge Motorsports park on Saturday, which resulted in one of the red-flag stoppages. He was unable to restart the race due to injury and went to Mason General Hospital in Shelton for X-rays on his thumb.

“I have two fractures in my thumb,” Lewis said. The Kentuckian also sustained road rash on his right elbow and bruised his right hip as a result of the crash.

Unfortunately, Lewis is unable to race in today’s Medallia Superbike race two at Ridge. When asked if he’ll need further treatment on his thumb, Lewis said he expects that he will have to have surgery following the weekend to insert stabilizing pins in his thumb.

According to team representative Keith Perry, there will be no fill-in rider to take Lewis’s place in today’s race. When asked about the likelihood of Lewis being able to compete in the GEICO Motorcycle MotoAmerica Speedfest at Monterey on July 8 through 10, Perry decline to comment.

The post Jake Lewis Unable To Compete In Medallia Superbike Race Two At Ridge Due To Injury appeared first on MotoAmerica. 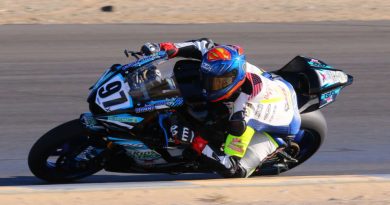 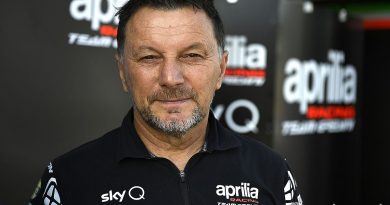