With 10 wins on the season thus far, Sean Dylan Kelly is on the verge of wrapping up the 2021 MotoAmerica Supersport Championship as the series heads to New Jersey Motorsports Park. Photo by Brian J. Nelson

Based on the season thus far, M4 ECSTAR Suzuki’s Sean Dylan Kelly could end up driving out of New Jersey Motorsports Park on Sunday evening with the number-one plate that comes with winning the 2021 MotoAmerica Supersport Championship riding shotgun in his rental car. Oh, hold on, Kelly isn’t old enough to rent a car.

If things go his way, Kelly will earn his first MotoAmerica title at just 19 years of age and in just his third year of Supersport racing.

All Kelly needs is to finish second in both Supersport races to his rival Richie Escalante. If he does that, he will leave NJMP with a 51-point lead and that would wrap things up as only 50 points will be on the table for the two races in the series finale at Barber Motorsports Park.

But first things first, Kelly arrives in New Jersey with a 61-point lead on HONOS HVMC’s Richie Escalante, the defending MotoAmerica Supersport Champion, in what has been a two-man battle for the title since the very first race of the year. Kelly has won 10 of the 14 races thus far in 2021 with Escalante winning three and Stefano Mesa earning one victory.

There is a fight to see who will finish third in the championship that’s sure to go to the bitter end with just 20 points separating M4 ECSTAR Suzuki’s Sam Lochoff in third from MESA37’s Mesa in sixth. Between them sit Landers Racing’s Rocco Landers and North East Cycle Outlet Racing’s Benjamin Smith in fourth and fifth, respectively.

One championship that surely won’t be decided at NJMP is the SportbikeTrackGear.com Junior Cup as Scott Motorsports/KTM’s Tyler Scott is just nine points ahead of Landers Racing’s Benjamin Gloddy with those two set to fight it out between themselves. Third-placed Cody Wyman is 104 points behind Scott and won’t be racing for the remainder of the year after suffering a broken pelvis at the last round in Pittsburgh. That means that Gus Rodeo and David Kohlstaedt will battle it out for the third spot in the final two rounds. They are separated by just two points.

Altus Motorsports’ Jake Lewis holds a 20-point lead over HONOS HVMC Racing’s Corey Alexander in the Stock 1000 Championship with two races left on the schedule – one at NJMP and one at Barber. So, if Lewis wins on Saturday, he will hold a 25-point lead and will be crowned by virtue of a tiebreaker (class wins, second-place finishes, etc.). Travis Wyman Racing’s Travis Wyman, meanwhile, is 14 points behind Alexander and just five points ahead of Michael Gilbert Racing’s Michael Gilbert in the battle for third.

The Twins Cup will also likely be wrapped up with Robem Engineering’s Kaleb De Keyrel 53 points ahead of Jackson Blackmon Racing’s Jackson Blackmon with three races remaining (two at NJMP, one at Barber). If De Keyrel ends up over 50 points ahead of Blackmon after Saturday’s race one at NJMP, he will be champion and will also give the Aprilia RS 660 a Twins Cup title in its first year. Anything less than a 50-point lead and Blackmon lives to fight another day on Sunday. De Keyrel has done the most winning in the class in 2021 with four victories to Blackmon’s two.

Second place in the Twins Cup is hotly contested and by no means gifted to Blackmon as 28 points separate him from Anthony Mazziotto, who is sixth and coming off wins in the last two races. Hayden Schultz is currently third, but just five behind Blackmon and two points ahead of Teagg Hobbs. Then comes Chris Parrish, just 12 points behind Hobbs and eight ahead of Mazziotto.

The Stock 1000 class is another with manufacturer diversity at the top. Suzuki, BMW, Kawasaki and Honda have all visited the podium in 2021 and all four are in the top five in the championship point standings heading to the penultimate round at NJMP.

Rocco Landers did the double-double last year at New Jersey Motorsports Park with two wins in Twins Cup and two in Junior Cup en route to winning class championships in both. Landers has graduated to Supersport for 2021 and currently sits fourth in the title chase.

The two title protagonists in the Supersport class in 2021 are the same two who split wins at NJMP in 2020. Richie Escalante won race one with Sean Dylan Kelly winning race two. The two finished second in the races that they didn’t win.

Altus Motorsports’ Cameron Petersen won the lone Stock 1000 race at NJMP last year on his way to winning the class championship. Petersen has since moved on to the HONOS Superbike class where he sits third in the title chase on his M4 ECSTAR Suzuki GSX-R1000.

Although Sean Dylan Kelly and Richie Escalante have won all the Supersport races bar one (Stefano Mesa won one), nine riders in total have earned podium finishes in the class in 2021. 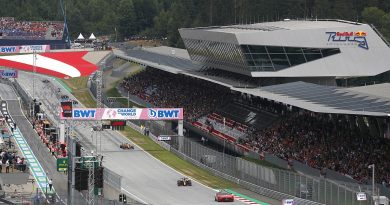 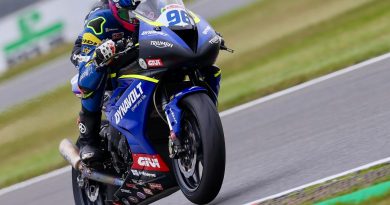 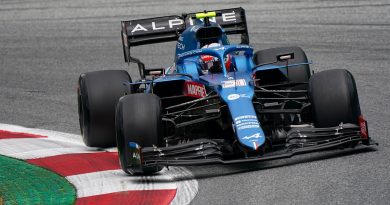