All good things must come to an end, and such is the case with the 2022 MotoAmerica Medallia Superbike Championship. But not before it all comes to a head at Barber Motorsports Park, September 23-25, in what promises to be a thrilling conclusion to an epic season.

And it all starts at the top as the season finale has turned into a winner-take-all battle for the Medallia Superbike Championship as one of two deserving men will be crowned champion on Sunday afternoon in Alabama.

The two protagonists couldn’t be any different.

One of them is from Colorado by way of California, the other is from Italy. One is the defending MotoAmerica Superbike Champion, the other comes from MotoGP via the Dakar Rally. One races a Fresh N Lean Progressive Yamaha Racing YZF-R1, the other a Warhorse HSBK Racing Ducati NYC Panigale V4 R.

With two races remaining in 2022, Gagne leads the championship by just four points after gaining three points on Petrucci at the New Jersey Motorsports Park round. Gagne rode to his 11th win on Saturday in the Jersey sunshine, but on Sunday Petrucci finally got the chance to show off his rain-riding prowess with his fifth victory of the year coming in a downpour. Petrucci was a struggling fourth on Saturday, Gagne a careful third on Sunday. Thus, the three-point gain for Gagne.

It’s obvious that Petrucci thrives in the rain and who can forget last year’s deluge at Barber Motorsports Park? But also remember that Gagne went into last year’s finale with the championship already wrapped up. He was careful in the rain because he could be in two of the three races (yes, three races last year), but he went out and won in the wet in the last race of the year for his 17th victory in 2021. Wet or dry, Gagne and Petrucci will go at it for the duration. They will have to.

Gagne’s teammate Cameron Petersen’s mouth starts to water at the thought of racing at Barber Motorsports Park, the site of his first-career Superbike win last year. He loves the place, and he could play a role in the outcome of the championship as he will obviously be helping Gagne if the need arises.

Petersen is third in the championship and will be looking to hold on to that spot with fellow South African Mathew Scholtz giving chase in fourth. Scholtz, who also won a race last year at Barber, is 17 points behind on his Westby Racing Yamaha YZF-R1. Petersen has nine podiums in 2022, including his victory in race two at Road America; Scholtz has 10 podiums, including his victory in race one in Wisconsin.

Fifth place in the championship looks like a lock for Tytlers Cycle Racing’s Hector Barbera with the Spaniard racking up solid points in every race bar two. His consistency has placed him 32 points clear of his teammate PJ Jacobsen with the latter crashing out of pole position in race two at NJMP for his fourth non-finish of the season. Jacobsen’s early-season run was also hampered when he was forced to miss both races at Road Atlanta with COVID-19.

Still, Jacobsen looks set to finish sixth in his first season with the upstart Tytlers Cycle Racing team as he goes into Barber with 15 points in hand over Vision Wheel M4 ECSTAR Suzuki’s Jake Lewis with the Kentuckian fighting to beat his rookie teammate, Richie Escalante, in the championship. Lewis is nine points ahead of Escalante.

The man on the move in the standings is Disrupt Racing’s Hayden Gillim. After six strong finishes in a row in the Medallia Superbike class, Gillim finds himself just three points behind Escalante and 12 behind Lewis.

Tenth place is held by After Care Hayes Scheibe’s Ashton Yates, who crashed out of a battle with Gagne for third in race two at NJMP. Yates, who is currently 10th, could pass Gillim as he trails him by just five points.

While Danilo Petrucci has been fighting with a horde of Yamahas all season long in the form of Jake Gagne, Cameron Petersen and Mathew Scholtz, he will at least have a comrade in red with him for the final two races of the year at Barber Motorsports Park as he will be joined on a Warhorse HSBK Racing Ducati NYC Panigale V4 R by newly crowned Supersport Champion Josh Herrin. How much help could Herrin be? Well, the 2013 AMA Superbike Champion has that title, and eight Superbike wins on his resume.

The Superbike Cup and the $25,000 that goes to the winner of the class within a class will go down to the wire at Barber with Danilo Lewis leading Brandon Paasch by just 11 points in a battle that looks like it will be between just those two. Paasch has five wins to his credit and Lewis has three.

There were three Superbike races held over the course of MotoAmerica’s final round a year ago and all three were entertaining with rain wreaking havoc. Race one was won by Cameron Petersen, the South African the first in recent memory to crash and still win a Superbike race. Petersen bested Westby Racing’s Mathew Scholtz, who had also crashed out of the lead only to remount and finish second. Third went to Ducati-mounted Loris Baz. In race two it was Scholtz who came away with victory over Baz and Jake Gagne. In Sunday afternoon’s third race of the weekend, Gagne scored a record-setting 17th win of the season over Scholtz and Baz.

Five-time MotoAmerica Superbike Champion Cameron Beaubier is the Superbike lap record holder at Barber Motorsports Park with his best of 1:22.676 set during Superpole in 2020. Beaubier also holds the Superbike race lap record with his 1:23.403 coming in race two in 2020 on the 2.3-mile Barber circuit.

With his 28th Superbike win coming at New Jersey Motorsports Park in the ninth round of the championship, Jake Gagne now has 28 career AMA Superbike wins which places him in a tie for sixth with former AMA and World Superbike Champion Ben Spies. Next up for Gagne is Toni Elias and his 32 career victories in AMA Superbike racing.

Australian Mat Mladin has won more Superbike races at Barber Motorsports Park than any other racer with nine victories from 2004 to 2009. Josh Hayes is second on the Barber win list with seven Superbike wins – all in a row from 2012 to 2015. Cameron Beaubier has won five Superbike races in Alabama. The very first Superbike races held at Barber were in 2003 with Aaron Yates winning race one and Kurtis Roberts taking victory in race two. 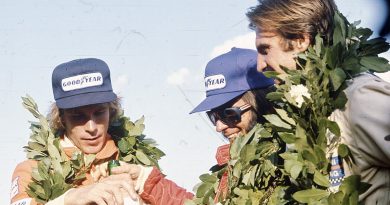 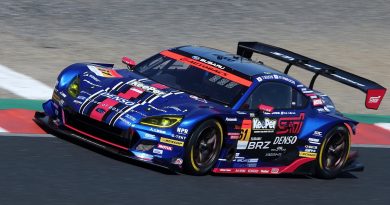 The car Subaru hopes will end an 18-year title wait 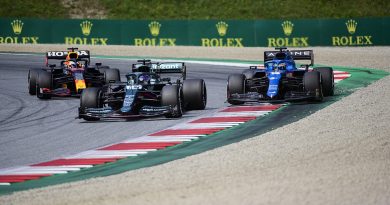 Brawn confident F1 drivers “will go for it” in F1 Sprints