The limited-edition, premium CVO Road Glide Limited Anniversary model celebrates 120 years of craftsmanship with what the company says is “one of the most intricate paint schemes ever offered by Harley-Davidson.”

Panels of Heirloom Red are applied over a base coat of Anniversary Black, each outlined with a bright red pinstripe and a hand-applied gold paint scallop. Subtle details added within the panels portray the head and wings of a soaring eagle. The gold-plated tank medallion depicts an Art Deco rendition of the eagle, an iconic Harley-Davidson design element.

Additional details include Alcantara seat surfaces with gold and red contrast stitching accents, gold-tone powertrain inserts, and bright red rocker boxes and pushrod tube collars. Only 1,500 examples of the CVO Road Glide Limited Anniversary model will be produced for global distribution, each serialized with a laser-etched panel on the fuel tank console.

Special 120th Anniversary paint in a different scheme will be offered on six additional limited-production Harley-Davidson models, with color and design combinations inspired by early Harley-Davidson motorcycles. Each features a classic paneled paint scheme with gleaming Heirloom Red as the base color. Panels are outlined with a bright-red pinstripe and filled with a darker Midnight Crimson fade. Additional details include an Art Deco eagle tank medallion, seat covers with red side panels and gold embroidered Harley-Davidson logo, and red fade powertrain inserts.

This commemorative design will be offered on the following serialized models:

Harley-Davidson Breakout is Back

After being taken off the U.S. market in 2020, the Harley-Davidson Breakout model will return to the North America model line, powered by the Milwaukee-Eight 117 V-Twin engine making a claimed 101 hp at 4,750 rpm and 123 lb-ft of torque at 3,500 rpm.

Other features of the Breakout include a 5-gallon fuel tank topped with a low-profile chrome console shaped to lengthen the motorcycle profile, a new handlebar riser and stainless steel handlebar that is 0.75 inch taller than the previous model, and a chrome finish applied to the rear fender supports, side covers, muffler shields, turn signals, mirrors, Heavy Breather intake, and new 26-spoke cast-aluminum wheels (26-inchers in the front, 18 in the rear), which are finished in gloss black with machined details.

The 2023 Harley-Davidson Breakout starts at $20,999 and comes in Vivid Black or, for an additional $525, Black Denim, Baja Orange, or Atlas Silver Metallic. (see photo gallery at end)

This new middleweight Nightster features the liquid-cooled Revolution Max 975T V-Twin engine. Harley says the engine is tuned to make tremendous torque at low RPM (claimed 70 lb-ft at 5,000 rpm), adding that its integration into the bike as the central member of the chassis also minimizes overall motorcycle weight.

Other features include a passenger pillion and footpegs, cast aluminum wheels with tire pressure monitoring, and full LED lighting. The handlebar and 5-inch handlebar riser move hand controls 2 inches up and 1 inch back to put the rider in a commanding position on the motorcycle, and the 3.1-gallon fuel cell is located below the seat to move the weight of fuel low in the chassis, which lowers the center of gravity for reportedly improved handling and easier lift off the side stand. The fuel fill is reached by lifting the hinged locking seat.

The 2023 Harley-Davidson Nightster Special starts at $14,999 and comes in Vivid Black or, for an additional $450, Black Denim, Bright Billiard Blue, or Industrial Yellow. (see photo gallery at end)

The all-new Road Glide 3 model is a first for Harley-Davidson, and the company says the trike combines “the advantages of three wheels and a load of hot rod attitude with the comfort, convenience and style of the frame-mounted Road Glide fairing.”

The Freewheeler cruiser-inspired trike still has a Milwaukee-Eight 114 engine and electric reverse gear, but it gets a blacked-out restyle for 2023. The front end, headlamp nacelle, tank console, hand and foot controls, powertrain, and exhaust all have black finishes in place of previous bright finishes.

Other features of the 2023 Harley-Davidson Freewheeler include trike-specific rider safety enhancements, including electronic linked braking, ABS, traction control, and drag-torque slip control – all of which are cornering enhanced. The trike has a mini-ape handlebar, custom bobtail rear fenders, dual mufflers with slash-down tips, and a weather-proof rear trunk with top-mounted door and 2 cubic feet of capacity.

In addition to the new bikes, Harley announced that electronic cruise control will be a standard feature for the Fat Boy, Fat Bob, Breakout, and Low Rider S models, and it remains standard on Low Rider ST and Heritage Classic models.

The switchable Traction Control System will be offered as a new option for the Breakout, Low Rider S and Low Rider ST models. 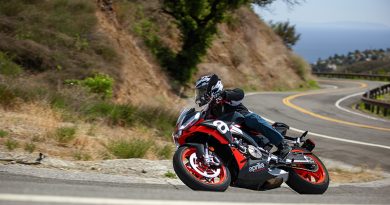