Harley-Davidson is posting a $110,000 cash contingency program for the MotoAmerica Mission King Of The Baggers Series.

The following is from Harley-Davidson…

Harley-Davidson is stepping up its support of flat track and road racing competitors for the 2022 season with cash contingency programs totaling more than $500,000 available for qualified racers.

The MotoAmerica Mission King of the Baggers series for race-prepared, American V-Twin touring motorcycles equipped with a fairing/windscreen and saddlebags expands to seven races in 2022, each held in conjunction with the MotoAmerica Superbike Series. The series opens with a double header on the high banks of Daytona International Speedway in Daytona Beach, Florida, March 10-12. Harley-Davidson will offer a $110,000 cash contingency program for qualified Harley-Davidson racers competing in the Mission King of the Baggers series, with a contingency payout from first to 10th place and a $35,000 championship bonus. Terms and conditions apply; please see www.MotoAmerica.com for full details, eligibility requirements and deadlines.

Harley-Davidson will offer contingency opportunities for racers competing in two classes on the 18-event 2022 Progressive American Flat Track series, the most prestigious and competitive form of dirt track motorcycle racing in the world. Harley-Davidson has committed $225,500 in contingency funds for qualified riders competing in the premiere SuperTwins class, and $195,500 for qualified riders competing in the AFT Production Twins presented by Vance & Hines class. Harley-Davidson contingency will pay first to 10th place in each class as well as a championship bonus – $20,000 for Production Twins and $50,000 for SuperTwins. The season opens with the Volusia Half Mile double-header, March 10-11, at Volusia Speedway Park in Barberville, Fla. Terms and conditions apply; please see  American Flat Track for full details, eligibility requirements and deadlines.

The post Harley-Davidson Announcers King Of The Baggers Contingency And Wyman Bros As Its Riders appeared first on MotoAmerica. 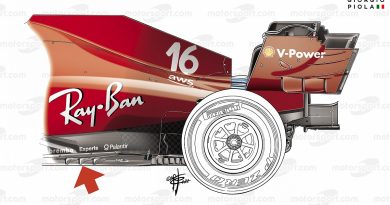 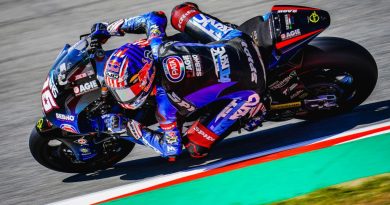 Roberts On Front Row For Grand Prix Of Catalunya 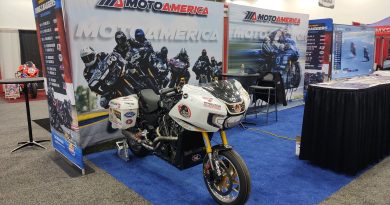