With Tytlers Cycle/RideHVMC’s Alexander dropping from the lead to ultimately finish 10th when mechanical problems wrecked his race, Gillim is now just 14 points out of the lead. With three races left, including tomorrow’s race two at Pitt Race, Gillim could clinch the title by winning all three races – even if Alexander finishes second in each of the three.

Yuasa Stock 1000 race one started off the day, and with only four races left in the Championship (two at Pitt Race and one each at New Jersey Park and Barber Motorsports Park), if anyone is going to catch points leader Corey Alexander, the time is now to win races. For championship challenger Hayden Gillim, that’s exactly what he did. The Disrupt Racing Suzuki rider got the win, while Alexander experienced technical problems that resulted in a 10th-place finish. Gillim’s victory, his third of the year, moved him to within 14 points of Alexander.

“When I decided to do this full-time this year,” Gillim said. “I set a goal for myself that I would finish every single race. So far, I’ve done that, other than the one race at Road America when I had a problem with the bike. So, I’m getting my goal complete, but now we’re fighting for a championship and all those little points that we’re losing are costing us. Corey has won every single race he’s been up here. So, it’s tough to see, being second, third, fourth to that. It’s tough to see. I know I can run with him. My starts have gotten better. That has helped a lot. But it’s going to be a dog fight the next three races. It’s going to be a lot of fun. I’m looking forward to it. I know Corey races hard. He knows I race hard. These boys are getting up there and keeping us honest. We just got to keep our head down, be smart, and just keep the bike on two wheels and take what we can get, even if it’s not a win. We’ve got to take everything that we can get.”

The Supersport Championship looks like it will be won by Warhorse HSBK Racing Ducati NYC rider Josh Herrin, but contender Rocco Landers has definitely not given up the fight. The Landers Racing Yamaha rider won his third straight race, and once again, it was by a wide margin. Landers crossed the finish line more than six-and-a-half seconds ahead of Herrin, who lamented that he and his team made a wrong tire choice for the race. Herrin, in turn, finished a little more than six-and-a-half seconds over third-place finisher Tyler Scott aboard his Vision Wheel M4 ECSTAR Suzuki.

It’s a bit late for the championship at this point, but Landers seems determined to win races, and he talked about it: “That’s the plan. That’s how I’m going to race next year. I can’t give it up to my team enough. We made a good call. Made some small changes. The bike worked absolutely incredibly. Even when the tire was completely smoked, my Dunlops held up so well. I was able to have pretty much as much grip as I wanted. Every time it slid, I could feel it from a half mile away. It was awesome. I love riding this R6. We’ve come a long way. We weren’t doing too good together for a little while. Can’t give it up to my team enough and Tom Halverson and Jim Roach with Yamaha for helping me out over the past few years. Hoping to stay in the Yamaha family. I’m pretty excited for what can come next year, hopefully.”

SportbikeTrackGear.com Junior Cup race one featured the close racing and multiple passes for which the class is known, and in the end, it was Alpha Omega Kawasaki’s Cody Wyman who prevailed with the win. In the first part of the race, polesitter Wyman battled for the lead with Rodio Racing/Warhorse HSBK Racing’s Gus Rodio until he stabilized his position at the front and took the victory by a little more than a second. While Rodio finished in the runner-up position, another three seconds back was Max Van who brought his SportbikeTrackGear.com Kawasaki across the finish line in third.

For Wyman, it was his sixth race win of the season, and today’s victory gives him a 38-point lead in the championship over Joseph LiMandri Jr., with just five races left in the season.

REV’IT! Twins Cup race one concluded day two on the main track at Pitt Race, and MotoAmerica’s largest class of riders put a fitting crescendo on the day. Emerging with the win in a photo finish was N2 Racing/BobbleHeadMoto Yamaha rider Blake Davis who prevailed by a scant .053 of a second over runner-up and defending class champion Kaleb De Keyrel aboard his Veloce Racing Aprilia. The race for the final spot on the podium was even closer between Cycle Tech Yamaha’s Hayden Schultz and Robem Engineering Aprilia’s Ben Gloddy. At the checkers, it was Schultz who snatched third place from Gloddy by just nine milliseconds

“Kaleb (De Keyrel) came by me, and he ran a little wide into the last turn, but that just means he had more speed to drive out onto the front straight,” Davis said. “I still got by him by the line. I kind of rode off early into turn one knowing that I could get him by the line. So, I was just running defensive. I didn’t know who was behind us if there was anyone close behind us. So, I was going to the inside on braking zones and stuff like that, just trying to stay in second. I knew I kind of had him to the line. Westby Racing built me a great motor this year. The thing is so fast. It’s just been a struggle in the middle of the season. At VIR, I had a really bad race. I think that hurt a lot but coming back in the championship feels really good.” 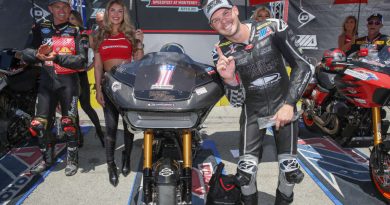 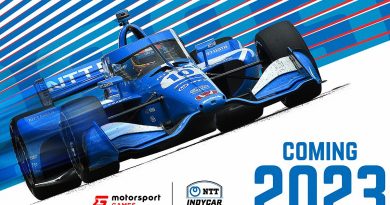