Garrett Gerloff has been a member of the Yamaha “family” since he first broke onto the AMA road racing scene as a 16-year-old phenom in 2011. But that era will come to an end at the conclusion of the current season as the 27-year-old Texan will make the move to the Bonovo Action BMW team for the 2023 World Superbike Championship.

“Howdy, and welcome to the BMW Motorrad Motorsport family, Garrett Gerloff,” said BMW Motorrad Motorsport Director Marc Bongers in a team release. “We have always followed his development in WorldSBK over the past few years. He showed from the outset that he is fast and talented; he has now matured as a rider. We are thrilled to have Garrett on board from next season. We are confident that Garrett will fit very nicely into our squad of BMW Motorrad factory riders and will further strengthen our project. He will help the Bonovo Action BMW Racing Team to take the next step towards the top next season.”

Gerloff made his World Superbike debut with the GRT Yamaha team in 2020, earning a first podium in the series in Spain and garnering two additional podiums in his rookie season. Gerloff stood on the podium two more times in 2021 but has struggled to find that form in 2022.

Gerloff’s spot in the GRT Yamaha team is going to be filled by Australian Remy Gardner, the 2021 Moto2 World Champion. Irishman Eugene Laverty, the rider that Gerloff is replacing, will move to a role in team management. 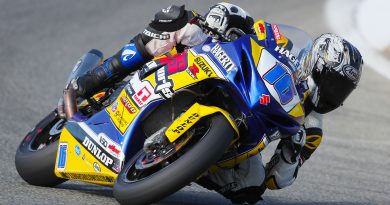 Olmedo And Nassaney To Race Again In Supersport For Altus Motorsports 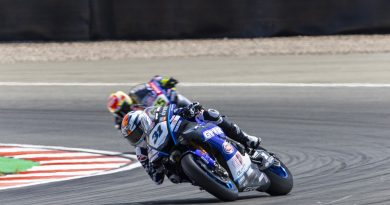 Gerloff Is Fastest In FP3, Eighth In Superpole, And Seventh In Race 1 On Day Two At Donington