Changeable conditions at Magny-Cours on Friday challenged the World Superbike riders, and Garrett Gerloff managed to going sixth-quickest on the day despite suffering a tipover early in the second free practice session. Photo courtesy of GYTR GRT Yamaha WorldSBK Team.

Former MotoAmerica Superbike rider Garrett Gerloff and his GYTR GRT Yamaha WorldSBK Team returned to action on Friday at Magny-Cours in France. After enjoying the summer break back in the U.S., Gerloff got back to business aboard his Yamaha YZF-R1 and was just outside the top-five fastest riders.

The day started out dry, but after only five minutes into the morning’s free practice 1, the rain arrived, and Gerloff elected to remain in the garage.

In the second free practice, wet conditions welcomed the riders once again. Gerloff showed great pace early on before falling in Turn 12. His team quickly repaired the bike, and got the Texan back out on track in the final minutes of the session. As the checkered flag flew, Gerloff ended up sixth-fastest on the day.

“The crash felt quite big, but thankfully, I’m fine,” commented Gerloff. “I thought there was no way we were going to be back on track, but the team did an unreal job, and we managed to end the session inside the top six. In the morning, I had one lap in dry conditions, but here, you never know what will happen with the weather. I actually felt good on that single lap and didn’t feel bad in the wet, so we’re ready.”

Gerloff and the rest of the World Superbike riders will be back on track tomorrow. Free practice 3 is at 9 a.m. local time, followed by Tissot Superpole at 11:10 a.m., and Race 1 at 2 pm.

The post Gerloff Sixth-Fastest In France appeared first on MotoAmerica. 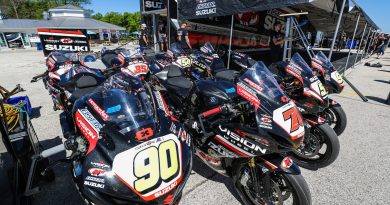 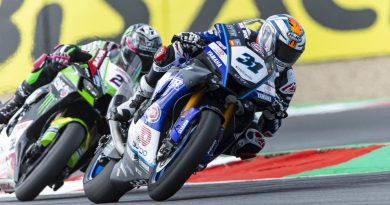 Gerloff Takes The Fifth In France