The men of the World Superbike Series visited the Circuit de Navarra in Spain for the first time today with MotoAmerican Garrett Gerloff leading the way with the fastest time in the afternoon session.

Navarra, which is located near Los Arcos in northern Spain, will play host to the seventh round of the World Superbike Championship for the first time, August 20-22. The track opened in 2010.

GRT Yamaha WorldSBK’s Gerloff ripped off 74 laps on the opening day of the test and his 1:37.329 bested Pata Yamaha’s Toprak Razgatlioglu by just a 10th of a second. Razgatlioglu led the morning session with both men going afternoon session with Gerloff taking over at the top.

Following the two Yamaha riders were the Kawasaki duo of Alex Lowes and Jonathan Rea. Lowe’s best was a 1:37.521, which was just a 10th ahead of Rea.

The teams will be back in action tomorrow at the newest circuit on the schedule. 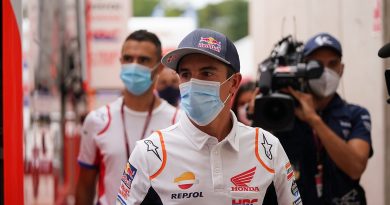 “This Or That” With Kyle Wyman 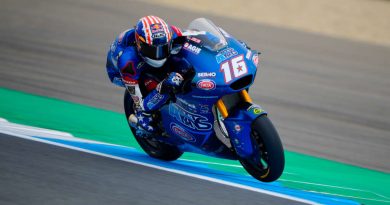 Roberts And Beaubier Get Rolling At Red Bull Ring