Former MotoAmerica Superbike rider Garrett Gerloff competed in two races on Sunday at TT Circuit Assen, the site of this weekend’s round of the 2022 FIM Superbike World Championship. The day started off well for the GYTR GRT Yamaha WorldSBK Team rider when he was fifth-fastest in the morning’s Warm Up session, and his fastest lap of 1:34.777 provided a sense of optimism for the Texan.

The optimism continued when he finished seventh in the Superpole Race, but unfortunately, he suffered a DNF in Race 2 and was unable to score any points.

In the Superpole race, he battled in the middle of the pack and ended up crossing the finish line in seventh. In Race 2, on the opening lap, Gerloff made contact with another rider in turn 5, and he was forced to retire with damage to the front fairing.

Commenting on his day, Gerloff said, “In the Superpole Race, I had a decent start but some riders passed me on the first lap. I was in the second group, but was able to pass a couple of guys at the end to finish seventh. Then, in Race 2, I got a good start but there was some small contact between myself and somebody else. The front fairing came loose, and I had to come into the pits.”

Gerloff and his GYTR GRT Yamaha WorldSBK Team will be back in action in three weeks for the third round of the season at Estoril on May 20 through 22.

The post Gerloff Has An Up-And-Down Sunday At Assen appeared first on MotoAmerica. 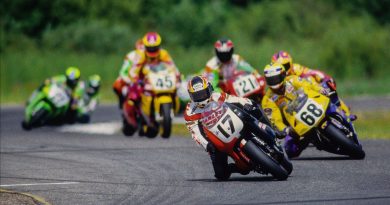 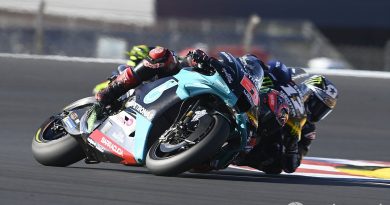