MotoAmerica is bringing Superbike racing back to Brainerd International Raceway, July 30-August 1, and Jake Gagne is hoping to win his 10th and 11th HONOS Superbike races of the season. Photo by Brian J. Nelson

The last time Brainerd International Raceway hosted an AMA Superbike race, Jake Gagne was a 10-year-old boy with dreams of being a champion. Now, 17 years later, Gagne and the MotoAmerica Series heads to Minnesota for round six with the Californian riding a nine-race win streak in the HONOS Superbike class and looking for more.

If not for a mechanical DNF in the opening race of the season at Road Atlanta, Gagne could be en route to a perfect season as he’s won the nine races since the series opener. And those nine straight wins translate into a 65-point lead over the only other rider with a victory in 2021, Westby Racing’s Mathew Scholtz. After being really challenged for the first time this season at Laguna Seca, Gagne knows it may get a bit tougher as the season rolls through its second half.

“This is my second year on the bike,” Gagne said. “We did good work in the off-season. Again, we haven’t really had to make any big, crazy changes all year on the bike. We bring it off the truck and it’s comfortable. We do little tweaks here and there. As everybody kind of works into their zone and gets their bike – Mat (Scholtz), and Loris (Baz) and Josh (Herrin) and Cam (Petersen) and all those boys – they get that bike where they want it to be. We’re up for some good racing the rest of the year. I know it’s not going to be as easy as it was in the very beginning, that’s for sure. We’ve just got to keep doing our work, having fun and enjoy the racing.”

Brainerd International Raceway has changed since an AMA Superbike race was last held in Minnesota in 2004 so there is hope that an unfamiliar layout may help those trying to derail the Gagne train. Several of the top teams and riders tested the new-to-them layout earlier in the year and they will get a second test day on Thursday, prior to the start of the racing weekend, July 30-August 1.

The battle for second in the title chase is currently being contested between five or six riders and none of them believe the championship is over. Far from it. But first things first and the problem for them remains trying to find a way to beat Gagne.

Although they haven’t beaten Gagne and his Fresh N’ Lean Attack Performance Yamaha YZF-R1 on track yet, the three riders the closest to Gagne in the championship have been consistent with all three finishing all of the 10 races thus far.

Scholtz has a victory and five other podium finishes and he’s 65 points behind and, like the rest, he’s searching for answers in the “How do we beat Gagne?” challenge.

Fifteen points behind Scholtz sits Gagne’s Yamaha teammate Josh Herrin. Herrin has five podium finishes, including two second-place finishes in round four. Much was expected of Herrin at the last round at WeatherTech Raceway Laguna Seca, but the 2013 Superbike Champion and Laguna Seca lap record holder only mustered up two fifth-place finishes.

M4 ECSTAR Suzuki’s Cameron Petersen is having a breakout year in HONOS Superbike with four podiums and the non-defending Stock 1000 Champion is just eight points behind Herrin and fourth overall.

If not for three non-finishes, Warhorse HSBK Racing Ducati New York’s Loris Baz would be a lot closer in the title chase than fifth as he’s consistently come the closest to challenging Gagne with four second-place finishes. Two of those seconds came in the last round at Laguna Seca with the Frenchman beaten to the finish line by just a tick over a second in each race. Baz sits 15 points behind Petersen, is fifth in the championship, and is hopeful that a trip to a track that no one in the series has raced on will prove to be beneficial.

Petersen’s M4 ECSTAR Suzuki teammate Bobby Fong is next up in sixth. Fong’s season started well with a second-place finish in the opening race, but that was the last time he was on the podium in 2021. His last four races have been very un-Fong like with eighth, seventh, seventh and sixth-place finishes.

Hector Barbera has shown speed and consistency in his rookie season of MotoAmerica racing on the Scheibe Racing BMW. The Spaniard’s best finish thus far has been a fifth in race two at Ridge Motorsports Park.

Kyle Wyman, meanwhile, is 10th in HONOS Superbike on his Panera Bread Ducati Panigale V4 R with the New Yorker set to return from an elbow injury this coming weekend at BIR. Wyman put former MotoAmerica Superbike Champion Toni Elias on the Ducati at the last round at Laguna Seca with the Spaniard finishing eighth and seventh in the two races.

Little known fact: When it first opened in 1968, Brainerd International Raceway was known as Donneybrooke Speedway.

Jake Gagne is rapidly moving up the list of all-time AMA Superbike winners in 2021. Gagne now has nine wins and that ties him with Kevin Schwantz and Aaron Yates for 20th. Gagne has won all his Superbike races in 2021. The all-time win leader is Australian Mat Mladin with 82 wins.

Three-time 500cc World Champion and MotoAmerica President Wayne Rainey never lost an AMA Superbike race at Brainerd International Raceway. In 1983, Rainey beat Mike Baldwin and Wes Cooley to take victory on his Kawasaki; in 1986, he beat Fred Merkel and Gary Goodfellow to take the win on a Honda; and in 1987, he topped Kevin Schwantz to take his third AMA Superbike win at BIR, again on a Honda. 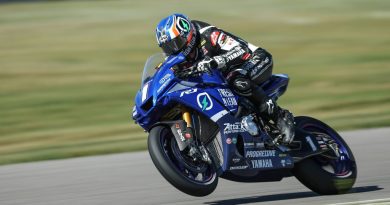 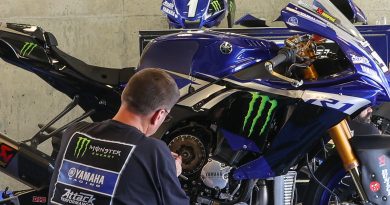 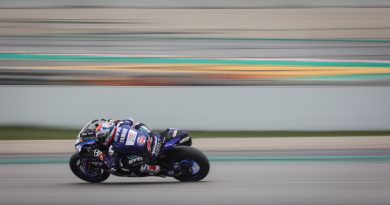