Recently crowned 2021 MotoAmerica Twins Cup Champion Kaleb De Keyrel is en route to Autodromo Vallelunga Piero Taruffi, a road racing circuit located about 20 miles north of Rome, Italy, near Vallelunga of Campagnano. This weekend, De Keyrel will compete in the sixth and final round of the Aprilia RS 660 Trophy Cup, a spec racing series created by Aprilia, in cooperation with the Italian Motorcycle Federation and the CIV, which is Italy’s national motorcycle road racing championship.

While In Italy, De Keyrel, who races in MotoAmerica for Robem Engineering, will be reunited with one of his quasi-teammates Tommaso Marcon, who traveled to the U.S. in September and competed for Robem Engineering in the final two rounds of the 2021 Twins Cup Championship at New Jersey Motorsports Park and Barber Motorsports Park. Marcon made quite an impression while in America. He earned the Twins Cup pole position at both NJMP and Barber, and he won race two at NJMP.

After returning to Italy following his American adventure, Marcon had high praise for MotoAmerica, as well as the U.S. “The days in America were nothing short of wonderful,” Marcon said. I fell in love with the States, it’s another world. Obviously, Italy remains Italy, but the last period spent overseas has really left me something. From a sporting point of view, I can only congratulate the organization of Motoamerica and the Twins Cup Championship. Wonderful context, very similar to the World Championship in terms of logistics and timing, everything is organized in the best possible way. I enjoyed competing with the Twins Cup guys above all because there are so many brands vying for the win, and the level is really high. I didn’t have an easy time, I had to adapt but I’m really happy with the results we have achieved. The two races both went very well with two consecutive poles and a win. I really want to thank Aprilia and (Aprilia Racing CEO) Massimo Rivola for allowing me to face this experience. Big thanks to BK Corse for preparing for these races and for supporting me to the maximum. Thanks to my sponsors, Massimiliano Morlacchi, my family and also to the Motoamerica staff. I really hope to be back soon.” 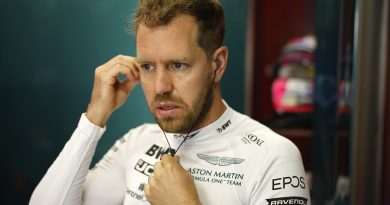 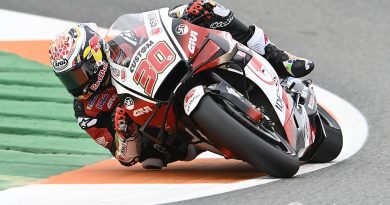 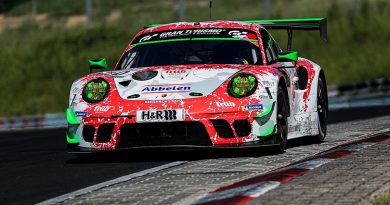