Range is a big issue for electric motorcycles, but an even bigger hurdle is slow charging rates.

However, Australian company Graphene Manufacturing Group (GMG) is making batteries that will charge up to 10 times faster than a lithium-ion battery which is the standard among electric vehicles.

The results of recent testing at the University of Queensland confirms the company’s claims for fast charging times.

As the name suggests, Graphene Manufacturing Group uses graphene or a carbon material which is formed in a lattice or honeycomb design for its batteries.

Currently full-size electric road motorcycles such as the Energica models and Harley-Davidson LiveWire take about 11 hours to fully charge with range of about 250km in the city and 150km on the open road.

A GMG graphene battery could potentially take a little more than an hour to fully recharge.

Quick-charging could bring that down to a matter of minutes or the time it takes to drink a cup of coffee, although it would create quite a drain on the electrical grid.

So far, GMG has only produced coin-cell prototype batteries, which could be grouped together to make larger batteries suitable for powering electric vehicles.

They don’t overheat when charging, a matter that led to a fire when MotoE Energica motorcycles were being charged in 2019;

they also don’t need cooling which means no need for a heavy and bulky radiator;
they last longer than lithium batteries with 2000 full charging cycles with no drop in storage capacity; and
they are easier to recycle and don’t use any lithium which mainly comes from China.

However, on the negative side, graphene costs about US$100 per gram, so they could be quite expensive.

More importantly graphene batteries have only 60% of the energy density of a lithium-ion battery.

That means manufacturers would have to install much heavier batteries to claim the same range.

And that’s a big drawback as electric motorcycles are already quite heavy – Energica weighs about 260kg and a LiveWire is about 250kg. 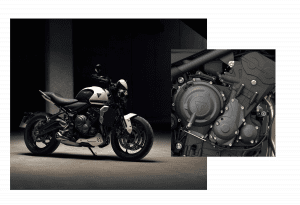 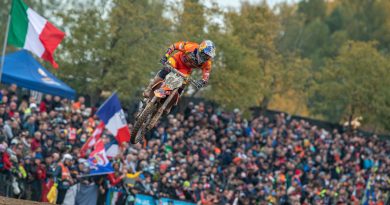