Honda was one of the first manufacturers to showcase what it has in store for 2022 at EICMA, that’s currently underway in Milan. The Japanese manufacturer’s stand showcased multiple models, some of which we’re seeing for the first time. These include a new adventure scooter called the ADV350 and an update to its flagship supersport, the CBR1000RR-R Fireblade.

Honda also announced a handful of updates for its flagship offering, the CBR1000RR-R Fireblade. Peak output figures from the liter-class inline-four remain unchanged for 2022, but the manufacturer has updated its intake ports, airbox, airbox funnels, and exhaust mid-section for better mid-range performance. The bike also sports a larger 43-teeth rear sprocket — 3 more than before — for better acceleration in every gear.

The traction control and throttle feel have been refined, while the Nissin brake calipers receive a new material and surface finish.

Next year also marks the 30th anniversary of the Fireblade, and Honda is celebrating it by introducing a CBR1000RR-R Fireblade SP 30th Anniversary Edition. This bike features all of the updates we mentioned above, along with a lovely color scheme that pays homage to the original colors of the 1992 Honda CBR900RR Fireblade.

This limited-edition model also features gold-finished wheels, a special ‘ring of fire’ startup sequence on the TFT, and an Akrapovic end can.

The new Honda ADV350 draws its roots from the popular X-ADV platform and is a bigger sibling to the ADV150. It’s powered by a 330cc, single-cylinder, fuel-injected engine that produces peak output figures of 29hp and 23 lb-ft of torque. The engine is housed in a tubular steel frame with a 37mm USD fork at the front and twin shock-absorbers at the rear. Considering its off-road nature, the scooter also features lightweight wheels — a 15-inch front and 14-inch rear — shod in dual-sport tires.

Asphalt and Rubber also report that the ADV350 offers a host of features, including a height-adjustable windscreen, a USB Type-C charging port, and enough room for two full-face helmets under the seat. In addition to these, there’s an LCD instrument panel that integrates the Honda Smartphone Voice Control system and Honda Selectable Torque Control (HSTC) as standard. 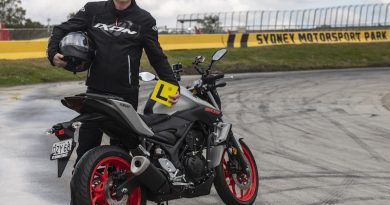 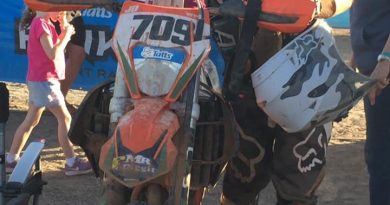