You could call the period transformative. Or radical. Or revolutionary. But whatever you call it, it was freakingly, eye-poppingly, mind-blowingly exciting.

Up to that point you pretty much had basic big-bore motorcycles. UJMs, they were called, Universal Japanese Motorcycles. And some good ones, too. Honda 750s. Kawasaki Z1s. Suzuki’s GS750 came along in ’76 and upped the ante (along with the GS1000 in ’78), as did Honda’s twin-cam CB750F and CB900F. But for the most part it was still a tube-framed, air-cooled UJM world.

But as the decade ended, you had hints of what was to come. Liquid cooling. Four-valve heads. Sixteen-inch front wheels. New-think frame designs. And a lot more. New technology was coming, and everyone knew it.

Sure enough, Honda’s liquid-cooled, single-shock Sabre debuted in ’82, and a year later came the perimeter-framed 1983 VF750F Interceptor. A year after that it was the sublimely competent Kawasaki 900 Ninja, and then, in ’85, Suzuki’s axis-altering GSX-R750. And on it went.

But let’s back up a bit. Kawasaki had improved its stalwart KZ1000 in 1981 with the J-model, which offered a thoroughly improved engine and chassis. But despite more performance, refinement and power, it remained an air-cooled, tube-framed UJM — and frankly didn’t set the world on fire sales-wise.

“We had a lot of KZ1000Js sitting around that year,” remembers longtime Kawasaki associate Mike Vaughan. “Dealers weren’t ordering many. The J-model was a good motorcycle, but really just a beefed-up, more modern Z1, and things were moving on technologically.”

To help deal with all this, Vaughan attended a sales meeting where he posed a question to the group. “Eddie had just won the ’81 Superbike championship,” Vaughan told us, “so I asked, sorta off the cuff, ‘why not build an Eddie Lawson replica to generate excitement for the KZ line?’ This sort of thing had been done successfully in the snowmobile industry and with Chevy’s IROC Camaros. We’d paint the new bike green, give it some special parts, and see how it did.”

Japan liked Vaughan’s idea and things moved quickly from there. An R&D team was quickly tasked with fast-track development of this Lawson replica, and it borrowed liberally from both the J-model and the then-in-development 1982 GPz1100 to actually build it.

The team also had Eddie’s championship-winning race machine for inspiration, which had been crated and shipped to Kawasaki’s Akashi R&D center for evaluation. From it they’d build the limited-edition KZ1000R-S1 production racer (just 30 were built), and while little of Lawson’s racer would make it onto the Lawson replica, it was a hell of an aesthetic template to use for production.

From the J-model came the 998cc, DOHC, two-valve, air-cooled four, with electronic ignition and a strong roller-bearing crank assembly — a hammer of an engine, and one loved by hot rodders. The J’s steel-tube frame was retained, too, with slightly lazier front-end geometry for the higher-speed work the bike would presumably see.

The replica’s most memorable bits — the coffin tank, swoopy tail and sporty quarter fairing — came from the GPz1100, as did instrumentation, brakes and wheels. Added to all this was a deep-dish seat, rearset pegs and controls, an oil cooler and a Kerker 4-into-1 exhaust, which, by law, had to be installed by a dealer.

The end result was the 1982 KZ1000R Eddie Lawson Replica. It was a thoroughly impressive assemblage, both aesthetically and technically, with every ounce of the performance and visceral chutzpah one associated with Kawasaki’s logo and legendary hot-rod history. But would it inspire buyers, and would the rub-off effect help sell J-model KZs?

“It looked great and sparked interest among the media, dealers and enthusiasts,” Vaughan told us, “but it didn’t sell very well. We only built about 750 that first year, and left pricing up to the dealer. Many priced it too high, and by the time prices were lowered, the market had changed.”

The market had changed. An understatement, for sure.

By that time, Honda’s new-think Sabre had arrived and the Interceptor had been announced. Suddenly, liquid cooling, perimeter frames, 16-inch front wheels and single-shock suspension were the talk of the town. And just as suddenly, there was no going back to air-cooled engines, twin shocks and tube frames, at least in terms of full-sized sporting street bikes.

And so the ELR, for all its lime-green, testosterone-fueled, Superbike-winning cachet, was an old dog in a new fight. And so they sat, some still in crates.

“Honestly,” one dealer told me, “I couldn’t sell it. It just sat there. Folks looked at it, but they all wanted the latest, greatest thing. It’s funny to look back on it now.”

From the benefit of nearly four decades hindsight, and knowing how collectible and revered the Lawson Replica has become (and how much the things sell for), it’s inconceivable to think these bikes sat in showrooms unsold for — in some cases — years, and for giveaway prices.

The ELR didn’t do much to help plain-Jane J-model sales, either. And when you combined that with the ELR’s lackluster sales, all the excitement and buzz surrounding the entire affair became mostly irrelevant, even after Lawson repeated as AMA Superbike champion in late ’82.

For 1983, Kawasaki renamed the bike the Superbike Replica in light of Lawson’s departure to Yamaha and its Grand Prix team, though with several changes: GPz-spec cams, valves and cylinder head; adjustable shock damping; new instruments; a slightly longer swingarm; and revised graphics. Despite making more horsepower, the ’83 seemed even more lost than the ’82, especially as Superbike racing had moved to 750s and newer technology.

It was the end of an era and the beginning of a new one, and it would be years before the ELR’s semi-buried mystique began to see the light of day. But not that long, especially as Lawson began racking up 500cc world championships during the 1980s.

According to collector Brian O’Shea, who owns a handful of pedigreed and championship-winning superbikes — including a 1980 Superbike title-winning Wes Cooley/Yoshimura GS1000, Freddie Spencer’s Daytona winning ’85 VF750F and others — interest in ELRs began to really percolate in the late 1980s. “It got crazy real quick,” O’Shea told us, “especially with the S1 [one of the 30 Kawasaki built], as it was a competitive Superbike race machine you could actually buy. The craze hit in about ’89, with Japanese exporters running ads looking for ’82-’83 ELRs for top dollar. I paid $1,500 for my first two and sold ’em to exporters for $6,000 each a short while later. Eddie and Freddie were like gods in Japan, so ELRs got way desirable.”

That certainly hasn’t changed, with pristine, production-spec ELRs going for upwards of $30,000, and ultra-rare S1s going for four times that. Yes, six figures.

Way back in 1982, Kawasaki brass gave Lawson a factory-fresh KZ1000R with a 001 VIN — the very first ELR to roll off the production line. That bike would become hugely collectible and be the subject of some heavy controversy and intrigue, but Lawson asked instead for VIN 021 to highlight his legendary racing number. He owns it to this day.

We asked Lawson if he had any input on the street bike with his name on it. “Nope,” he said with a laugh. “They showed me a couple of pre-production bikes early on, and then asked which paint and stripe scheme I liked. They ended up picking the one I didn’t like!”

Several years ago, Lawson was offered Big Cash for his #021 ELR by a Japanese investor, but declined. “I can’t believe I said no,” he told us with a grin. “The guy literally offered me a million bucks. What I wish I had was one of the S1s … they were pretty much like my racers, but better finished. All my racebikes were crushed,” a fact Rob Muzzy confirmed to us, which he did per Kawasaki’s request.

Like Lawson, Muzzy owns an ’82 ELR, VIN 300-something. “I ride it once in a while,” he says, “and it’s fun — a great, old-fashioned superbike. Can you imagine building a production street bike like this today, with trick parts and an aftermarket exhaust? Not even close to being possible. The lawyers would flip out!”

Terms like classic, collectible, legendary and desirable get tossed around a lot these days when it comes to certain older motorcycles, and I haven’t been shy about using some of them here. But when it comes to Kawasaki’s 1982 ELR, they’re totally deserving.

“The things are just so cool looking,” says O’Shea, “and they transport you back to the early 1980s immediately. It’s the bike and its design and pedigree, for sure, and the impact it had on riders and the industry. But it’s also the time machine aspect of it.”

O’Shea is spot-on there, for the words capture many of the reasons certain motorcycles transport us back to an earlier time — a time of head-shaking, fire-breathing AMA Superbikes with guys named Lawson, Spencer, Cooley and Baldwin fighting it out on the racetracks of legend …  Pocono, Laguna Seca, Daytona and Loudon.

Thank the heavens, then, for all those unwanted KZ1000Js. 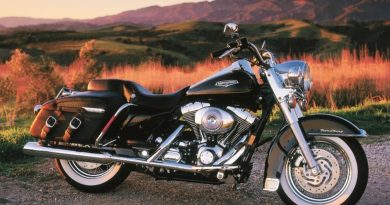 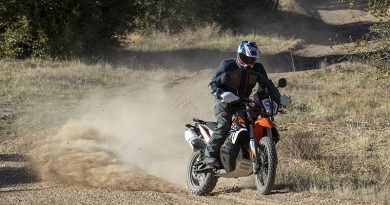 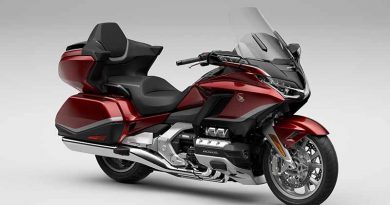