One of the most common motorcycle crashes is due to drivers not paying attention to them, according to British road safety and breakdown organisation GEM Motoring Assist.

The organisation is encouraging drivers to take extra care at junctions, in an attempt to reduce collisions with motorcyclists.

A spokesperson at GEM pointed out that  about six motorcyclists are killed and another 115 seriously injured every day in collisions every week in the UK (Government figures from 2020).

One of the most common contributory factors remains the observation error which some years ago picked up the nickname ‘SMIDSY’ (sorry mate, I didn’t see you),” he says.

“Experts point out that as drivers we’re not very good at identifying motorcyclists because they occupy such a small part of our field of vision. What’s more, if we’re not expecting to see one, then the chance of spotting one coming towards us is further reduced, and the risk of a collision is greatly increased.

“As Spring arrives and the weather improves, many roads will become busier with weekend riders, so let’s make a point of looking out for them. In doing so, we will be greatly reducing risk, and contributing to safer journeys for everyone.

“So before pulling out of junctions, look carefully all around. Make a specific check for motorcyclists coming towards you. They’re not always easy to spot – but if you’re expecting them to be there, then you’re far more likely to see them in good time… and prevent a potentially serious collision.”

GEM’s research on SMIDSY is backed up by countless studies, including the 2017 US Motorcycle Crash Causation Study conducted in Orange Country, California.

One of the main findings was that a failure by the other vehicle driver involved is attributed to 51% of motorcycle crashes.

Of those crashes, 70% was attributed to “traffic scanning errors” by the other vehicle driver.

Riders might think drivers don’t care about hitting us, but there is actually scientific evidence that shows they really don’t see us.

Of course no driver wants to run into a motorcycle, bicycle or pedestrian. After all, it would cause extensive and expensive damage to their vehicle!

The problem is that comparatively small road users tend to exist in drivers’ blind spots and they need to be made aware of this so that they look twice.

Check out some of the scientific studies into SMIDSY by clicking here.

If you want to know how to avoid these crashes, click here.

MV Agusta and Alpine Are Making A Bike 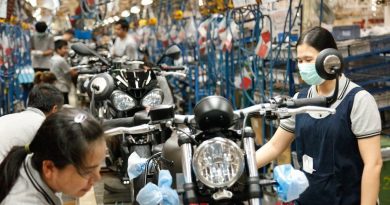