Following on the heels of its announcement that Hayden Gillim will race for www.infinityfallprotection.com/Disrupt Racing this season, the team has announced that Carl Soltisz has re-signed for 2022. The Michigan-based rider will compete aboard Suzuki GSX-R machinery in both the 2022 MotoAmerica Supersport Championship and the 80th running of the Daytona 200. The announcement was made by Jesse Hwilka, team owner of Disrupt Racing.

Soltisz is looking forward to his sophomore season with Disrupt Racing in the MotoAmerica Supersport Championship. Photo courtesy of Carl Soltisz.

“I couldn’t be happier to be teamed up with Disrupt Racing again for my second year in the MotoAmerica Supersport Championship,” Soltisz said. “We had a great rookie season together in 2021, setting new personal best lap times at every track and ultimately finishing inside the top 10 in the Championship. Now that I know all the tracks and have a new steed in the stable, I feel more prepared than ever to fight at the front this year.

“Last October, we wrapped up our season with a CCS National Championship at Daytona and set some very fast lap times in the process, so we are in a great position to kick off the season with a strong result in the Daytona 200 this March. I have been training hard over the off-season, and my confidence is at an all-time high going into this opening round. I want to give a huge thanks to Jesse Hwilka and all my sponsors for giving me this incredible opportunity to chase my dream. We are going to have a lot of fun this year and we are absolutely going to send it, so stay tuned!”

Hwilka commented, “Last year, Carl supplied his own bike, and he did really well in his first MotoAmerica season. This year, I am supplying the bikes, so we’re looking forward to him being on a full-out, no expenses-spared build. He’s been showing some serious pace in testing. I wouldn’t be surprised to see him running with the front group this year if he can continue to acclimate quickly to the change of chassis. So far, he loves the Suzuki GSX-R.”

In 2021, Soltisz finished ninth in the Supersport Championship final standings. He notched a total of 12 top-10 finishes, including a season-high seventh-place result at Brainerd International Raceway. 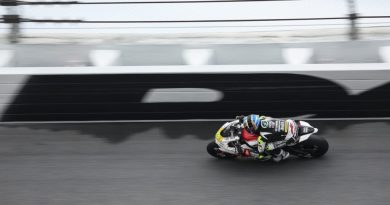 Daytona… What The Teams Said 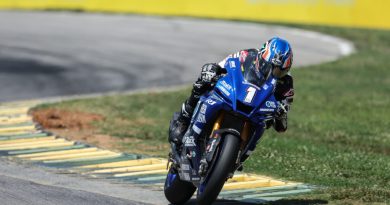 Gagne Leads Day One At VIR, Half A Second Covers Top Five 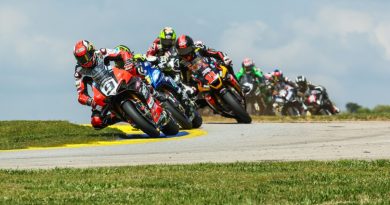 What The Teams Said: Road Atlanta