Peter Davis, who founded Bloodbikes Australia has been rewarded for his tireless work with a Personalised Plate “BBA19” to mark the two-year anniversary of the volunteer motorcyclist group.

“It’s an amazing honour and unexpected,” says Peter who was awarded with the plate at a surprise coffee meet-up in Springfield Shopping Centre in Ipswich this morning.

“A lovely gesture from an awesome mob of volunteers,” says Peter who can’t wait to fit it to his Honda cruiser.

The organisation is based on a British group that started several years ago delivering blood and other medical samples.

The Australian branch started before the pandemic but has since become a pivotal last-resort volunteer service for collecting COVID tests.

Peter says about 98% of their current volunteer work is now in the fight against COVID pandemic.

Bloodbikes Australia volunteers throughout the nation are performing last-resort medical transport when all other methods are not available.

They transport biopsies, medicines, blood, blood tests and even consumables and equipment, helping out when the despatch system is stretched to the limit. 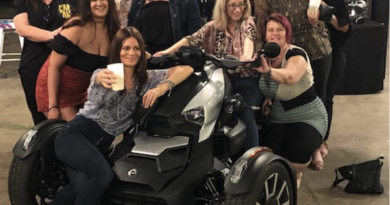 Spyderwoman is a Can-Am success story 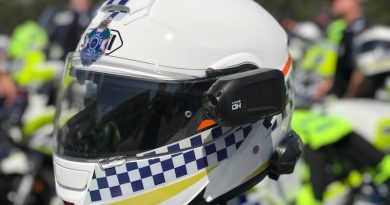