Australian motorcyclists don’t find anything weird about signs that warn of kangaroos ahead as they are one of the biggest dangers on our outback roads for riders.

However, the signs are in the top 10 of the world’s “most baffling, confusing and downright weird road signs”, according to a new study commissioned by car rental company StressFreeCarRental.com.

The kangaroo, wallaby and pademelon (yes, that’s right!) are the biggest enemy of Aussie riders accounting for 70% of all crashes with animals.

Is it any wonder that there are many signs on our roads warning of kangaroos!

However, the signs are rated the fourth-most baffling roadsides in the world in the study which lists other animal warning signs for llamas, oryx and elephants.

The other Aussie mention is roadside quiz signs in Western Australia, although we know they are also present on many highways in Queensland.

They are used to test motorists’ trivia knowledge and keep them mentally active and awake on the long boring stretches of highways,

These are the world’s strangest road signs according to the study:

Darling I like you, India: Hundreds of driving related proverbs are sprinkled across the mountainous areas of India. They are seen as a humorous attempt at warning drivers of the dangers of drunk driving, speeding and recklessness on the roads.
Llama crossing, Bolivia: Many South American countries are home to a significant Llama population. They may appear cute but Llamas are notorious for being quite aggressive and spitting at humans. So it’s always best to know when they’re around.
Oryx crossing, Southern Africa: This type of antelope can commonly be found across southern African countries. Although they don’t pose any major threat to humans, if you hit one you could cause some serious harm.
Kangaroo crossing, Australia: According to insurance claims data, kangaroos account for 60% of motorcyclist crashes involving an animal and wallabies for 10%, followed by dogs at 8%.
Deaf Cat, Holland: This is a sign in a small town in the south of The Netherlands intending to keep their deaf feline friend safe from any oncoming traffic.
Roadside quiz, Western Australia: The study only acknowledges these signs on the 150km straight road between Balladonia and Caiguna, WA, appropriately labelled the Fatigue Zone. However, these quirky trivia questions are also used in Queensland and maybe some other states with long, boring highways.
No elephants, China: What looks to be a sign to prohibit the loading of elephants is actually just a warning to not load vehicles too heavily. Makes you wonder how you’d even get an elephant into the car!
Beware of thin ice, Finland: To the locals of Rovaniemi in Finland, this sign seems like a perfectly normal warning. However, to unsuspecting drivers from across the world the picture does appear rather ominous and like something out of a horror movie
Secret Nuclear Bunker Next Left, United Kingdom: Now the name does appear to be a slight give away but this nuclear bunker, located in Brentford, was actually decommissioned in 1992. Not much of a secret anymore!
Beware of road surprises, United Arab Emirates: Surprisingly one of the least descriptive signs on the list. These signs can be found across the capital city of Abu Dhabi and certainly leave a lot to the driver’s imagination.

The post Australia has some of the world’s weirdest road signs appeared first on Motorbike Writer. 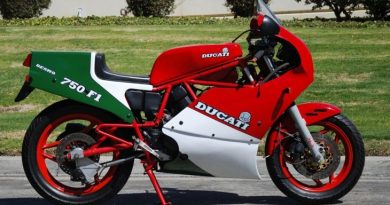 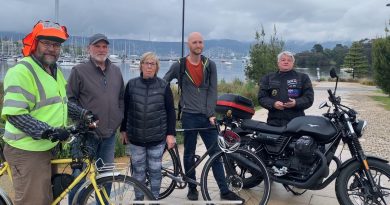