Oliver Bayliss, the 18-year-old son of Australia’s three-time World Superbike champion Troy, will follow in his father’s tyre tracks to the world stage next year.

He will race in the 2022 FIM Supersport World Championship for the Barni Racing aboard a Ducati Panigale V2.

Oli was born on 20 September 2003 in Monaco and started racing in the Australian Supersport series in 2017 at the age of 13.

The following year, he was alongside his dad and in 2020/21 he competed in the Australian Superbike Championship on a Ducati Panigale V4 R, picking up his first win at Hidden Valley.

With the support of Ducati, the Bayliss family chose the Barni Racing Team alongside 20-year-old Luca Bernardi to take Oliver’s career a step further.

“I’ve finished my school program, which means I can now put my focus completely on racing motorbikes, training and only that,” Oli says.

His arrival in the WorldSSP Championship will come 20 years after Troy’s first World Superbike Championships with another twin-cylinder Ducati.

“Oli has been brought up around racing,” says his proud dad.

“I think the move to Barni Racing Team is a great opportunity, I hope he enjoys the V-twin as much as I did.”

Barni Racing Team Principal Marco Barnabò says they have never had such a young team.

“At the beginning we won’t focus on results, but only on the growth of these two young riders,” he says. 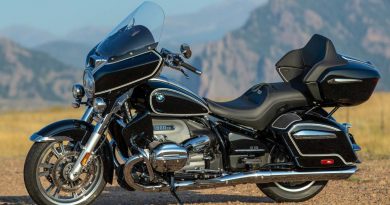