Engine development is the costliest aspect of designing a new motorcycle. Manufacturers, always vigilant about the bottom line, sometimes spread out these costs by using the same engine in multiple models. The 2022 Suzuki GSX-S1000 is built around the 999cc inline-Four originally from the GSX-R1000 K5 (2005-2008), which won multiple AMA Superbike championships. Advantages of the K5 engine include a long-stroke design that delivers strong low and midrange power, a crankshaft/gearbox configuration that allows the twin-spar frame to run directly from the steering head to the swingarm pivot, and a proven track record of performance and reliability.

The 2022 Suzuki GSX-S1000 is available in Metallic Matte Mechanical Gray with black wheels (on left) and in a Metallic Triton Blue paint scheme inspired by Suzuki’s MotoGP race livery with color-matched wheels.

When the GSX-S1000 debuted for 2016, it was available in a naked version and a faired “F” version. Because the GSX-S was a sportbike designed for the street rather than the track, its detuned engine made less peak power than the GSX-R it was based on. Cam profiles and valve timing were mellower. Valves and the exhaust were made of steel rather than titanium. The tradeoff was a less expensive bike that was easier to live with thanks in large part to its more relaxed ergonomics.

Over time, successful spin-off models – like the Suzuki V-Strom 650 that was derived from the SV650 – take on a life of their own and follow their own development path. That’s the case with the GSX-S1000, which has been thoroughly overhauled for 2022 and is joined by two new sport-touring models, the GSX-S1000GT and saddle-bags-equipped GSX-S1000GT+ (we’ll have a test of the latter soon).

Steering leverage and comfort are aided by a handlebar that’s wider and closer to the rider.

Visually, the new GSX-S1000 has much more aggressive, sharp-edged bodywork than its predecessor. It has angular panels flanking the larger fuel tank (5 gals., up from 4.5) and radiator, small MotoGP-style winglets, and a stacked headlight array that juts forward like a beak. It also has a slimmer tailsection and LED lighting all around. But the GSX-S received more than just a facelift.

New camshaft profiles, valve springs, throttle bodies, and airbox, and a revised 4-2-1 exhaust contribute to a 2-hp bump in peak power, a broader, smoother torque curve, and Euro 5 emissions compliance. On Jett Tuning’s dyno, the GSX-S1000 sent 136 hp and 73 lb-ft of torque to the rear wheel. Power climbs linearly to its peak at 10,200 rpm while torque spreads out wide like a mesa, with more than 60 lb-ft on tap from 4,300 rpm to 11,300 rpm. (See dyno chart at end of post.)

Despite its aggressive stance, the new GSX-S1000 has a larger fuel tank, more comfortable ergonomics, engine
refinements, and other changes that make it a well-rounded streetbike.

From the first few moments in the GSX-S1000’s saddle until the last time I dropped the kickstand, the word that kept popping into my head was “smooth.” At idle, the engine hums dutifully, and spent gasses exiting the stubby exhaust seem to barely disturb the surrounding air. The riding position is pleasantly neutral, with a damped-mount aluminum handlebar that is 0.9 inch wider and 0.8 inch closer to the rider than on the previous model. The seat has been revised with more comfortable padding and a dished shape that cradles the rider.

Pulling away from stops and rowing up and down through the gears feels effortless. Like other slip/assist clutches, the Suzuki Clutch Assist System uses interlocking ramps that increase plate pressure during acceleration and provide slip as needed during aggressive deceleration and downshifts. The clutch requires only a light pull, and feel and engagement are spot-on. Both the clutch and brake levers are adjustable for reach.

A twin-spar aluminum frame wraps around a 999cc inline-Four derived from the GSX-R1000 K5.

Suzuki’s Bi-Directional Quick Shift system uses a gear-position sensor near the shifter that provides more precise response than quickshifters incorporated into the shift rod. Of the many quickshifters I’ve tested on a variety of different motorcycles, none have responded with such crisp, immediate engagement, especially in lower gears and on downshifts. No vagueness, no hiccups, just smooth, accurate gear changes.

Fueling and power delivery are close to faultless. Even the slightest movements in the throttle translate to small adjustments in speed with no hesitation or electronic delay. The connection between the rider’s right wrist and the rear wheel feels direct, almost intuitive. Likewise, large handfuls of throttle produce a rapid surge in thrust with no ap-parent peaks or valleys, the exhaust delivering a satisfying wail as the inline-Four spins up quickly.

Coming to a curve near you….

In keeping with its Superbike pedigree, the GSX-S1000 has a massive twin-spar cast-aluminum main frame that wraps around the engine, as well as a robust cast-aluminum swingarm. Suspension is by KYB, with a fully adjustable 43mm inverted fork and a link-type monoshock that’s adjustable for preload and rebound. With damping tuned for the street, the suspension is responsive at speed and provides reassuring compliance on irregular pavement.

A pair of Brembo 4-piston radial-mount monoblock calipers provide stopping power at the front, squeezing fully floating 310mm rotors. They have good initial bite and progressive feel at the lever, slowing the 472-lb bike and its rider with authority. Out back, a Nissin 1-piston caliper squeezes a 240mm disc. ABS is standard but, like the traction control system, it is not lean-angle sensitive.

The GSX-S1000 rolls on Dunlop Roadsmart 2 sport-touring tires that walk a middle ground between grip and mileage. Their Intuitive Response Profile (IRP) provides a large, reassuring contact patch when leaned over in corners. The rubber is wrapped around six-spoke, 17-inch cast-aluminum wheels. On bikes with the Metallic Triton Blue paint scheme inspired by Suzuki’s MotoGP race livery, the wheels are color-matched to the bike; the wheels are black in the Metallic Matte Mechanical Gray colorway.

While negotiating one challenging series of corners after another, I continued to be impressed with how smooth and composed the GSX-S1000 felt. Its agreeable rider tri-angle, easy-to-operate controls, predictable handling, and silky power delivery help the bike work with the rider, not against them. There are no frustrating quirks, no “if only” caveats. But the GSX isn’t dull, either. It’s a well-engineered, precision-crafted perfor-mance machine that is a genuine pleasure to ride.

If there’s one area that left me wanting, however, it’s the instrumentation. The GSX’s monochrome LCD display is cluttered with information and, despite the screen’s adjust-able brightness, was difficult to read in direct sunlight. With vivid, easy-to-read TFT displays being the norm on many modern bikes, the GSX’s instrument panel looks dated. And while I appreciate the simplified switchgear, with a single mode button and a large up/down toggle on the left side to adjust settings, it isn’t intuitive.

The cockpit is minimalist, while the LCD display is overly busy and difficult to read in bright light.

It’s clear the GSX-S1000 was designed to meet an aggressive price target. The LCD instrument panel, the simplified electronic riding aids, the lack of cruise control, and other cost-saving measures enabled Suzuki to achieve an MSRP of $11,299. Other liter-class naked sportbikes from Japan cost significantly more – the Honda CB1000R retails for $12,999, and the Yamaha MT-10 is priced at for $13,999.

Suzuki has been smart about updating the GSX-S1000. It gave it a distinctive new look, improved power delivery, more comfortable ergonomics, and useful new features like throttle-by-wire, ride modes, and a fantastic quickshifter. Some manufacturers go all-in on IMU-enabled electronics, but they ratchet up the price. The GSX-S1000 is much improved from its predecessor yet still delivers solid value. Smooth is as smooth does. 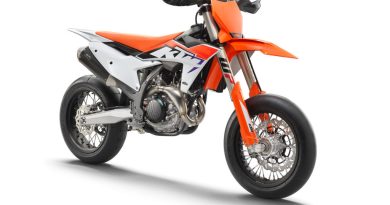 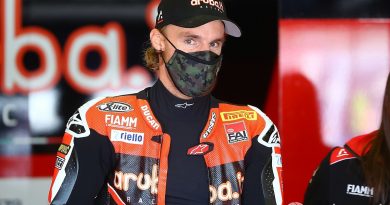 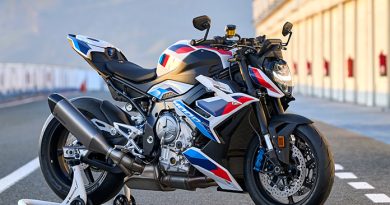