The 2022 Royal Enfield Classic 350 is powered by the same air-/oil-cooled 349cc Single as the Meteor 350. Shown in Chrome Bronze (colors, specs, and pricing for the U.S. have not been finalized).

Inspired by the 1948 Model G2, the Royal Enfield Classic 500 that was launched in 2008 brought post-WW2 styling to a contemporary audience. Over a span of 12 years – until Royal Enfield ceased production of the UCE 500 single-cylinder engine in 2020 – more than three million Classic 500s were produced.

Following the introduction of the Meteor 350 earlier this year, the same 349ccc air-/oil-cooled, SOHC, 2-valve, fuel-injected Single with a 5-speed gearbox will power the new Classic 350. When we put the Meteor 350 on Jett Tuning’s dyno, it made 18 horsepower and 18 lb-ft of torque at the rear wheel.

Like the Meteor, the Classic 350 was a collaborative effort by Royal Enfield’s design teams in the U.K. and India. Its engine is hung from a steel spine frame with twin downtubes, and the bike is suspended by a 41mm non-adjustable fork and twin emulsion rear shocks with adjustable preload. Brakes are from ByBre, with a 2-piston front caliper squeezing a 300mm disc and a 1-piston rear caliper squeezing a 270mm disc, and dual-channel ABS is standard.

Classic 350s released in India are offered with either spoked wheels or cast wheels, with a 19-inch front and 18-inch rear. Seat height is 31.7 inches, fuel capacity is 3.4 gallons, and claimed curb weight is 430 pounds. A handsome instrument panel includes an analog speedometer, a multi-function LCD, and Royal Enfield’s Tripper turn-by-turn navigation system.

The Classic 350 arrives in North America next year, but specs, colors, pricing, and availability have not been finalized. For more information, visit royalenfield.com. 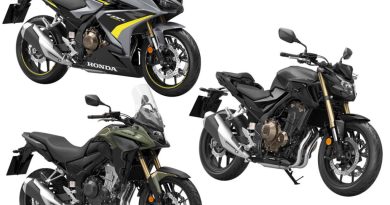 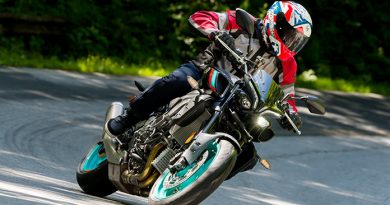 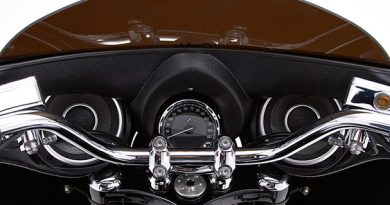