I just spent the last five days riding over 1,000 miles on Kawasaki’s legendary dual-sport icon, the KLR650, newly updated for 2022. Our on- and off-road journey started at the RFD-TV Ranch, located about 100 miles east of Albuquerque, and spent two days riding through New Mexico’s stunning forests and mountains, including rocky passes, sandy gulches, and a nerve-testing silt track.

No assessment of the KLR would be complete without loading it up with camping gear, as many of its potential owners will do, and heading off into the wilderness. On the morning of the third day, I set my sights west toward Los Angeles, enduring a huge thunderstorm on the Arizona border and 120-degree temperatures in the sprawling Mojave Desert, the details of which will follow in our upcoming road test review. To whet your appetite, I’m sharing the top ten highlights of the 2022 KLR650.

First released in 1987, the KLR was cutting edge for its time. Its single-cylinder engine had four valves. It came fitted with a 5-speed transmission and a front disc brake. The KLR received its only major update in 2008, followed by a minor update in 2014, and was anything but cutting edge, which remains true of the latest model. However, it has received some significant improvements without altering the core attributes that have earned the KLR a reputation for reliable, durable, and cost-effective travel.

While some of the KLR’s faithful fans will lament the passing of the Keihin carburetor, even they will appreciate the reliable thump following every push of the starter button. We tested the new KLR at 8,000 feet in New Mexico’s mountains, and at just 400 feet in the searing heat of the Mojave Desert bowl, and the single came to life with ease every time. A cutting-edge fuel atomizer also ensures you get the best bang for the gallon, and Kawasaki claims increased low-end torque.

The single cylinder engine is now equipped with EFI.

The 2022 KLR650 now includes ABS as a factory-installed option, and at $300, a great many will choose to include it. We tested the KLR with and without the ABS to compare braking in on- and off-road conditions. The setup works very well, and although it was difficult to detect its intervention on the ABS-equipped model, I noticed its absence in the dirt on the non-ABS model. Happily, I was still able to lock up the rear wheel on the dirt when I wanted to. The front disc is now 300mm, 20mm larger than the outgoing model, and provides a much-needed improvement in stopping power. The rear disc is now thicker, and less prone to fading.

The front disc is 20mm larger.
The rear disc is thicker and less prone to fade.

By making the subframe an integrated member of the main frame, Kawasaki has increased the KLR’s torsional rigidity and load capacity, which is also managed by a slightly longer swingarm. These updates result in improved stability and make for more predictable handling on loose surfaces, especially when the bike is loaded with gear.

The subframe is now integrated with the main frame for increased stability and load capacity. (Photo by the author)

The rear suspension now includes five clicks of adjustable preload and stepless rebound damping, which is adjusted via a screw. On a middleweight adventure bike like the KLR, this is a welcome addition, as many owners will want to take it on serious tours, which require loading a considerable amount of kit. For the two nights I spent camping, I had loaded about 70 pounds on the KLR, keeping the heavier gear in the side bags. After adding a click of preload and a full turn of rebound, the resulting handling felt impressively similar to the unloaded KLR.

Adjustable damping and preload for the rear suspension is a welcome addition.

The new windscreen is 2 inches taller than the old model and is now adjustable. The standard low position provides good wind deflection, even for loftier riders. For longer tours, to reduce fatigue or combat cold conditions, the windscreen can be adjusted by removing the four attaching screws and remounting it another inch higher. Nonetheless, it is still a sport-sized windscreen and it offered little respite from a drenching thunderstorm I encountered in the Gila National Forest in New Mexico.

The new windscreen is taller, and can also be adjusted (shown here on the Adventure model, which is also equipped with auxiliary lights).

The new KLR has an upgraded battery that’s fully sealed, low maintenance, and smaller and lighter than the old one. To complement the battery, and to power a new line of accessories and charging ports, the KLR has also been equipped with a new 28-amp generator.

It may seem like a minor item to include in the top-ten list, but we think the nifty accessories bar that Kawasaki has included on the new KLR is a great addition and should be a standard on adventure bikes. Rather than load up your handlebars with phone, GPS, and camera mounts, and all the associated wiring, these can be easily mounted on the accessories bar, and powered via the available USB or standard DC 12-volt power socket.

An accessories bar adds practicality.
A 12V DC socket is now standard.
A USB socket has also been fitted.

The key points supporting the KLR’s suspended weight have all been strengthened. Both front- and rear-wheel axle diameters have been increased, now 2mm and 3mm thicker, respectively. The rear swingarm pivot has also received a 2mm upgrade and adds to the KLR’s long-term dependability and ability to handle the increased load capacity and overall weight.

The base model, shown here in Pearl Khaki.

All new cowling and more aggressive styling subtly improve the new KLR’s overall appearance. The 2022 model retains the old shape, but is a little more angular, and looks somewhat taller. The base model is complemented by a Traveler and Adventure model, and the latter comes equipped with engine guards and cowling guards, adding to its rugged, off-road credentials. The base and Traveler model is available in Pearl Lava Orange or Pearl Sand Khaki colorways, and the Adventure comes in Cypher Camo Gray.

The 2022 KLR has a new all-digital LCD. Now larger and backlit, the new instrument is easier to read and works well in all lighting conditions. The information is still limited to the basics, but that is what the KLR is all about. A digital speedometer, odometer, dual trip meters, clock, and finally, a proper fuel gauge.

The new LCD instrument panel is larger and includes a proper fuel gauge. 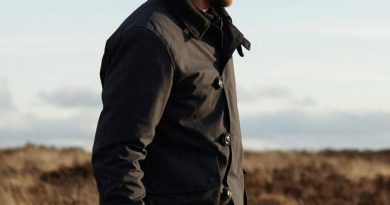 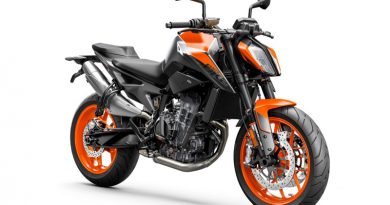 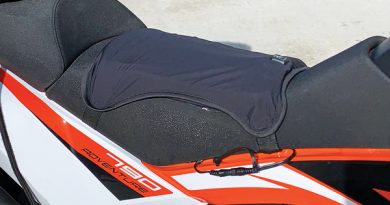