The 2021 Honda 2021 CRF300L (above) and CRF300L Rally get more power and torque, a new assist-and-slipper clutch, less weight, and other improvements. (Photos by Drew Ruiz)

When Honda set out to improve its top-selling dual-sport models, the CRF250L and CRF250L Rally, it didn’t take half measures. The overhaul was executed as a package deal, integrating the modifications to improve the entire machine, and the 2021 Honda CRF300L and CRF300L Rally offer more power and more all-around capability. Having previously tested both 250 versions, I can assure you that Big Red has elevated the game for its CRF300L lineup.

Built on the same platform, the Honda CRF300L Rally (left) adds a windscreen, more seat padding, and a larger for tank, making it a great lightweight adventure bike.

The upgrades proved themselves at Honda’s press launch for the new bikes, where the assembled moto-scribes sampled both the CRF300L (MSRP $5,249) and CRF300L Rally ($5,999). From carving apexes on twisty pavement to negotiating rocky dirt roads and challenging single-track, we tackled nearly every kind of terrain a dual-sport rider might expect to encounter.

Our test ride on the Honda CRF300L and CRF300L Rally included a mix of pavement and dirt. The lightweight bikes are easy to maneuver on any terrain.

The CRF300L and CRF300L Rally share the same powerplant, a liquid-cooled 286cc four-stroke single which boasts 15% more displacement, power, and torque than its 250cc predecessor, thanks to an 8mm stroke increase. Honda says the extra 36cc, paired with cam lift and timing mods, pumped up the four-valve single’s low- and mid-range power, and it wasn’t kidding. With 2.5 more horses (27.3) and nearly 3 lb-ft more torque (19), the 300s are quicker, with noticeably more low-end grunt than their predecessors.

A 36cc bump in displacement (to 286cc) and other updates to the CRF300L’s liquid-cooled single yielded a useful increase in power and torque.

The added power and torque, and reduced ratios in the lower gears, kept me from needing to slip the clutch to climb out of the gullies on the last single-track section of our test ride. The motor/tranny combo put enough tractable power to the ground in 1st gear to effortlessly climb the steep, curved trail. The EFI fueling through the 38mm throttle body was spot-on as well, instilling confidence the bike wouldn’t stall at lower revs. Even so, I hedged my bets by covering the clutch lever, the easy pull of Honda’s new assist-and-slipper clutch requiring just a single finger. The slipper function worked equally as well as the assist, preventing skids on a few too-hot corner entries on the pavement.

On the street, the 300s are a kick to flick from corner to corner, doing their best work on tight roads. And though they aren’t rockets, once at speed they have the chops to stay there if you observe the cardinal rule of small moto riding: never back off. But when you do have to slow down, the CRFs are ready with two-piston calipers up front squeezing a 260mm rotor on the standard and a 298mm plate on the heavier Rally. Both use a single-piston caliper and 220mm rear rotor. The front stoppers are the stars of the show, generating easy-to-modulate stopping power, while the back brakes are suitable assistants, capable of locking up the rear wheel on any surface. ABS is a $300 option on both models, but was not fitted to the test bikes.

The CRFs’ basic suspension package — 43mm inverted fork, Pro-Link single rear shock, both with 10.2 inches of travel but no adjustments except rear preload — turned in a solid performance throughout the day. Rake and trail have been reduced, which helped in the tight singletrack corners, but the bikes remain quite stable on road or off. The new cast aluminum swingarm, said to improve lateral flexibility and feedback, no doubt played its part, though too subtly for me to isolate as I plowed through ruts, slammed rocks, choosing some dodgy lines without the bikes pitching me off.

The lighter standard CRF300L excels here, soaking up nearly everything in its path, or at least not getting badly out of shape. Yes, it will literally kick your butt with rear-end bounce on major hits, and there could be more rebound damping at times, but it stayed on course, letting me survive to choose the next bad line. Having almost 11 inches of ground clearance to play with didn’t hurt, either.

Honda lightened both bikes, making them easier to toss around. Nine pounds came off the Rally (now 333), a notable achievement while adding 4 pounds of fuel (0.7 gallons, now 3.4) and fitting long-ride comfort items like handlebar weights and rubber footpeg inserts. The standard model lost 11 pounds (now 309) making it even easier to flick into corners or pick up, should the need arise. The new LCD instrument panels even lost a couple ounces while presenting more information. Speed, rpm, and gear position were easy enough to see at most times, the smaller text for the odometer and fuel mileage being difficult to read off the pavement.

Speaking of mileage, using Honda’s claim of a 250+ mile range for the Rally, the 300s are capable of almost 74 mpg. We couldn’t track fuel consumption during the press launch, but the mileage readout on the bikes I rode hovered near 60. If ridden with a lighter hand, 74 mpg may well be possible. Sixth gear is an overdrive that should help highway mileage and comfort, though downshifts are necessary for any hills.

Only a half inch separates the tall-ish seat heights for the 300s, 34.7 and 35.2 inches for the standard and Rally, respectively. The extra padding for longer rides on the Rally was noticeable, but we spent so much time on the pegs for the 300L’s dirt-centric test loop that I can’t comment on its seat. However, the standing position was comfortable for my 68-inch frame and I could stretch my 31-inch inseam enough to touch two feet on the ground from the taller Rally. Despite their counterbalancers, both machines are a bit buzzy; I’ve yet to meet a single that didn’t tingle.

The new 300s have the potential for reaching a very large audience of two-wheel enthusiasts. They are small enough to hang on the back of a car or RV, lively enough to generate grins all day long on most any surface, easy enough to ride that newcomers can quickly feel at home, and the Rally has range enough to travel. The tough part is choosing between them. My choice is the standard model, for its off-road ability, though I would not hesitate to take the Rally on an extended back-roads tour. 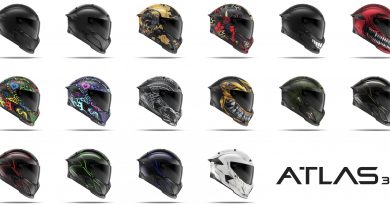 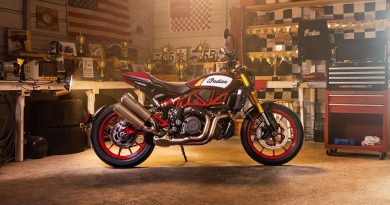 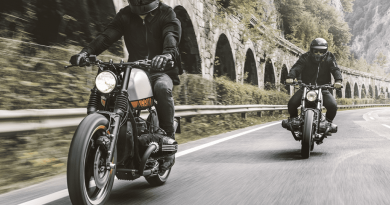