After the successful launch of the Pan America 1250, Harley-Davidson’s first-ever adventure bike that’s built on the all-new liquid-cooled Revolution Max platform, the Motor Company has announced a late addition to its 2021 lineup, the Sportster S. It will be in dealerships this fall with an MSRP of $14,999.

Visually similar to the 1250 Custom teased several years ago, the 2021 Harley-Davidson Sportster S represents a new era for the legendary Sportster line. Since the introduction of the XL model family in 1957, Sportsters have always been stripped-down motorcycles powered by air-cooled V-Twins.

Harley-Davidson calls the new Sportster S a “sport custom motorcycle,” and at the heart of the machine is a 121-horsepower Revolution Max 1250T V-Twin, a lightweight chassis, and premium suspension.

“The Sportster S is the next all-new motorcycle built on the Revolution Max platform and sets a new performance standard for the Sportster line,” said Jochen Zeitz, chairman, president and CEO, Harley-Davidson. “This is a next generation Sportster defined by power, performance, technology and style. And it’s part of our commitment to introduce motorcycles that align with our strategy to increase desirability and to drive the legacy of Harley-Davidson.”

The new Sporter S has a stocky, muscular profile and fat tires that look like balled-up fists. Its minimalist front fender evokes the front end of a classic bobber, while its tail section, high-mount exhaust, and olo seat draw inspiration from Harley-Davidson’s legendary XR750 flat tracker. The engine’s lightweight magnesium engine covers stand out with a Chocolate Satin finish.

“Every visual design element of the Sportster S model is an expression of the motorcycle’s raw power,” said Brad Richards, Harley-Davidson vice president of styling and design. “This is a wolf in wolf’s clothing.”

Displacing 1,250cc just like the Pan America’s engine, the Revolution Max 1250T in the Sportster S makes less peak horsepower and is tuned for a broad spread of torque. The riding experience can be tailored to conditions or preferences with selectable ride modes (Sport, Road, and Rain, plus two Custom modes) and H-D’s Cornering Rider Safety Enhancements.

Like on the Pan America, the Revolution Max engine is a stressed member of the Sportster S chassis. It has a welded tubular-steel trellis swingarm with a braced design and stamped X-member to further stiffen the chassis.

Suspension is made by Showa and is fully adjustable at both ends, with a 43mm USD cartridge fork and a piggyback-reservoir rear shock with a remote preload adjuster knob. Likewise, the Sportster S has Brembo brakes at both ends, with a single 320mm rotor up front squeezed by a radial monoblock 4-piston caliper and a 260mm rear rotor with a 2-piston caliper. Lightweight cast aluminum wheels with a staggered, five-spoke design are shod with wide Dunlop/Harley-Davidson Series GT503 tires.

Forward foot controls and a low handlebar put the rider in an aggressive posture, and seat height is 29.6 inches. Cruise control and a proximity-based security system are standard equipment. With its 3.1-gallon peanut tank full of fuel, Harley-Davidson says the Sportster S model weighs just 502 pounds.

A round, 4-inch TFT screen displays all instrumentation and supports Bluetooth-enabled infotainment. All-LED lighting includes a Daymaker Signature LED headlamp. A wide range of accessories will be available. 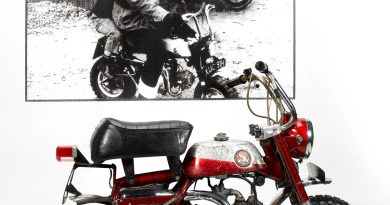 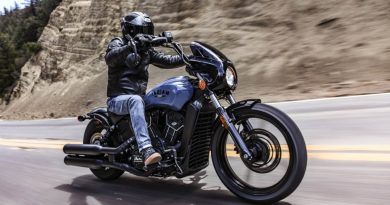 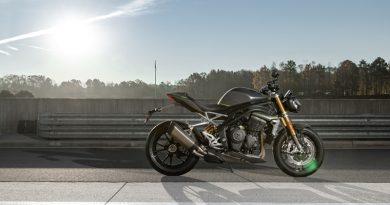